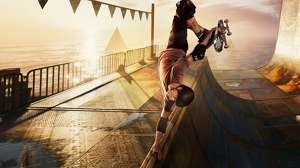 Xbox Series X/S owners of Tony Hawk’s Pro Skater 1+2 are reporting crashes on startup, and an inability to play the game unless in offline mode.

Some players say they have now refunded the game, and there’s a raft of one-star reviews for the product on Microsoft’s Xbox dashboard store.

The situation is reminiscent of a similar issue which plagued the Xbox Series X/S version of Call of Duty Black Ops: Cold War upon its launch last November, until a patch arrived weeks later. Both games are published by Activision, and both games eschew Microsoft’s Smart Delivery service – instead charging users for a separate, “next-gen” version of the same game.