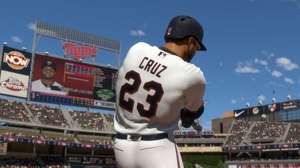 According to a new rumour, Sony will soon be porting PlayStation Studios’ games to rival consoles starting with The Show 21.

Instagrammer Anerdydad – who has a sound record of leaking covers ahead of formal confirmation (as well as dozens of Funko Pop collectibles) – has posted two leaked images of The Show 21’s front cover, a baseball game developed by PlayStation Studios.

While one features Tatis Jr. with the PS5 branding, the other is a mock-up for Xbox One, complete with PS Studios logo (thanks, VGC). The leaker has seen the cover image for the Xbox Series X too, but says it’s currently just “a black cover with the MLB 21 logo”.