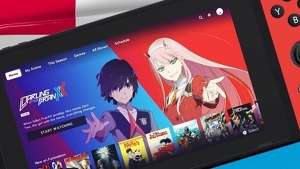 Nintendo Switch still lacks Netflix – and most common media apps, really – but it does now have Funimation in the UK.

The anime-streaming service launched for Nintendo Switch in the UK this week, with a refreshed app design that will also roll out to other platforms in the future.

Sony Pictures Entertainment bought a 95 per cent stake in Funimation back in 2017, and as of last year now owns it outright.