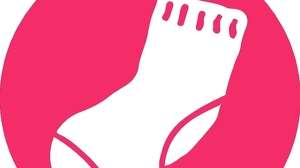 Recently, I played a game called Pocket Watch. It’s a game about being a duck on a tropical island and being trapped in a Groundhog Day-like, time-looping situation. It’s super-cute, super-colourful, and actually, when you get into it, surprisingly deep and complex. And, hang on, it can’t be – it was made in two weeks?!

That’s what it looks like. Pocket Watch was made by a group called Sokpop, a young, trendy group turning out two new games a month. And this isn’t some bold new idea Sokpop is intending to stick to: it has been doing it for three years already. There are 78 Sokpop games you can play. They’re all bright, they’re all colourful, they’re all cheap (usually £3 each), and if they’re half as good as Pocket Watch, probably well worth playing.

But how does Sokpop do it? How do you turn around a game like Pocket Watch in what appears to be two weeks? More to the point, why aren’t more people doing it?