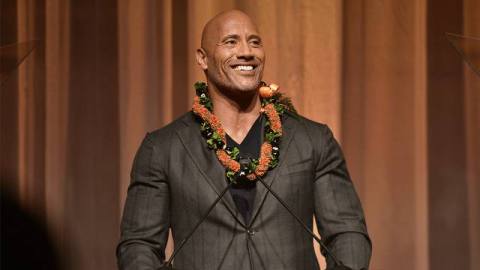 20 years after Dwayne “The Rock” Johnson helped unveil the first Xbox to the world, he is once again teaming up with Microsoft to give away Xbox Series X to children’s hospitals around the U.S.The Rock announced the news on Twitter, and shared a video explaining how he, Microsoft, and Gamers Outreach would be gifting 20 children’s hospitals one of a kind ‘ROCK XBOX Series X’ consoles that will allow “50,000+ kids” to experience the next-generation of gaming.

Now @Microsoft & I have are surprising some brave & awesome kids. With @GamersOutreach we are gifting 20 children’s hospitals one of a kind “ROCK XBOX Series X” consoles for 50,000+ kids!!

As detailed on Xbox Wire, these consoles will be put in specialized Gamers Outreach Karts, also known as GO Karts, that are “portable kiosks built to easily provide recreation to children who are unable to leave their rooms in hospitals.”

The Xbox Series X, and the cheaper, all-digital Xbox Series S, will be released tomorrow, November 10, 2020.

To find out more about Gamers Outreach and their mission to build a world where play is accessible in hospitals, please visit www.GamersOutreach.org.