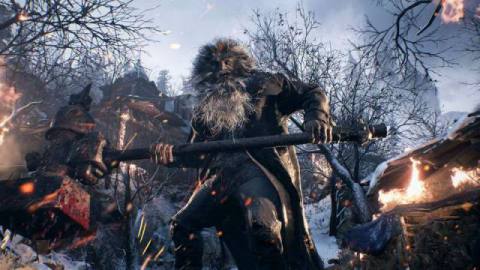 Capcom has announced another Resident Evil Showcase will air in April. The previous showcase back in January provided our first look at gameplay and story details for Resident Evil Village, and the upcoming stream will give fans an even deeper look at the game ahead of its May 7 launch in addition to other announcements.

Capcom has not confirmed a date or time for the showcase. However, today marks Resident Evil’s 25th anniversary and Capcom’s says that the April event will also share anniversary plans on top of showing off new content for Resident Evil Village.

We don’t know what those anniversary announcements are but it’ll be interesting to see how Capcom plans to celebrate the series’ milestone. The company has at least confirmed it will hold various celebrations in the coming months. Will the much-rumored Resident Evil 4 remake finally surface during the April showcase? Or maybe the publisher will defy expectations and announce a remake of Code: Veronica instead? If nothing else, I imagine there will be some sort of update or mention of the live-action Resident Evil reboot film currently in production.

If you missed the January Resident Evil showcase, it proved to be a fruitful one by featuring the first extended gameplay demonstrations for Resident Evil Village. It also featured the announcement, and launch, of the PS5-exclusive Maiden demo. At the time, Capcom promised another demo accessible to PS4 players would arrive at a later date. Perhaps we get to see what that is during the April showcase? For a reminder of what Capcom showed off in January, you can rewatch that stream alongside the Game Informer editors and witness our live reactions here.

What sort of news or announcements do you think Capcom has in store for Resident Evil’s 25 anniversary? What new content do you hope to see from Resident Evil Village? Share your hopes and dreams down in the comments.