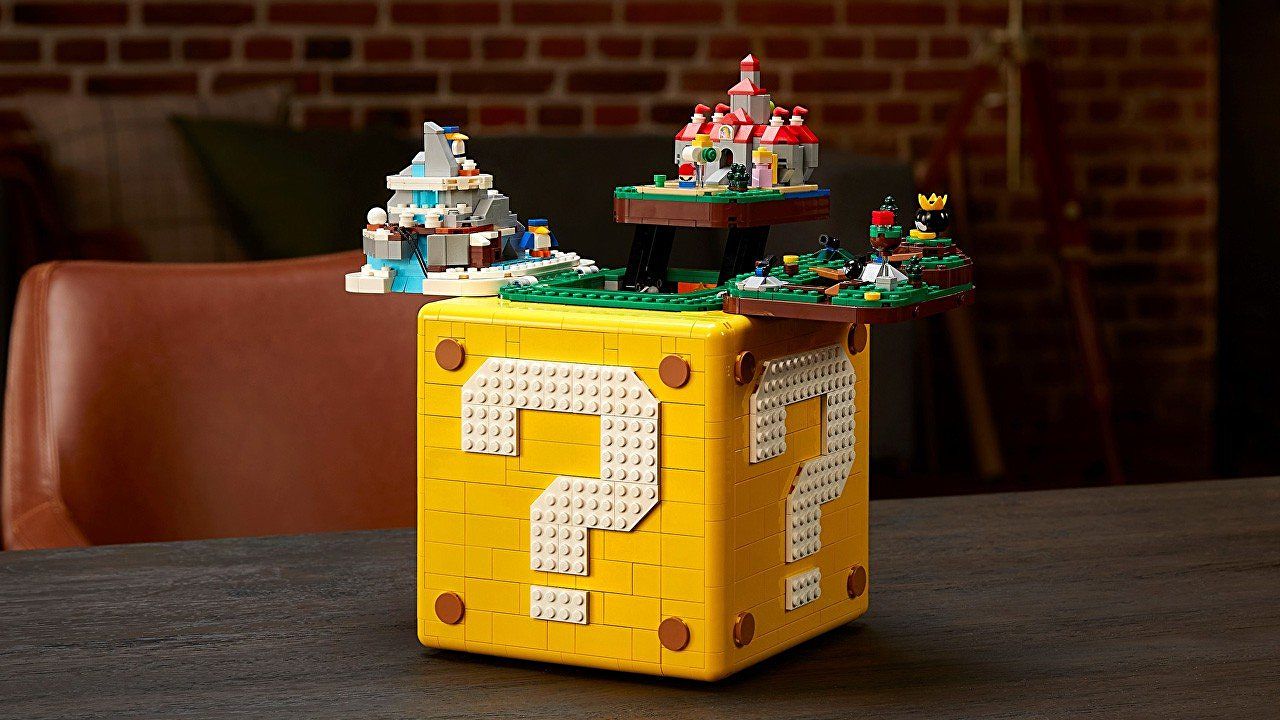 Of all the passions I had when I was a kid, only a handful of them have truly endured to adulthood. Games, punk music, and Lego all share that honor. I’m still a huge Lego nerd, and pump an alarming amount of my disposable income into sets yearly – and so that hopefully signals that it means something when I say I think the new Lego Super Mario 64 ? Block is one of the coolest sets I’ve ever built.

Now, to be clear… I’m totally the target audience. I was seven years old when Super Mario 64 was released; nostalgia for that game runs through my veins. Its level layouts are seared into my soul. I’m also what the community calls an ‘AFOL’ – an ‘Adult Fan of Lego’. So on the venn diagram of people this set might be aimed at, I’m slap bang in the middle. I tell you this so that you can either add credence or a pinch of salt to my verdict, depending on your inclination.

Anyway – from the moment you open up the instruction booklet, Lego knows exactly who this set is for. Like the Lego NES that released last year, this is different from the digitally-augmented kid-friendly playset adventures of Lego Mario & Luigi – it is first and foremost aimed at adults. That’s why it comes in a black box (this is how Lego now designates ‘adult’ sets, which were formerly called ‘Creator Expert’) and with a properly-bound instruction book that also includes a message from the designers and a glorious photo of them dressed in nineties clothes, playing Mario 64 on original hardware.