Inside the spookily deserted halls of the abandoned Niwa resort, you’ll find some of The Medium’s trickiest early puzzles.

Once you’ve met the mysterious Sadness in the lobby and repaired the elevator to try and meet her on the second floor, you’ll eventually find yourself on a lower floor of the hotel. Here, there’s a vase, a corridor full of moths, and one of the first places in the game where you could find yourself well and truly stuck.

This vase puzzle forces you to apply all of the mechanics you’ve just learned in following Sadness’s ghostly footsteps into the hotel room, but in an ambiguous way that’s very easy to miss. In fact, all of us that have played up to this point in The Medium on staff have hit a snag here.

Once you know the first part of what to do, things will probably flow pretty naturally from there – but we’ll outline everything you need to do below either way.

The Medium Vase Puzzle – How to get through the Moth Corridor

So you’ve made it to the second floor, made it through your first encounter with the gross moths, found the hotel room key in the side-room with an out-of-body experience, and climbed down to the lower level. 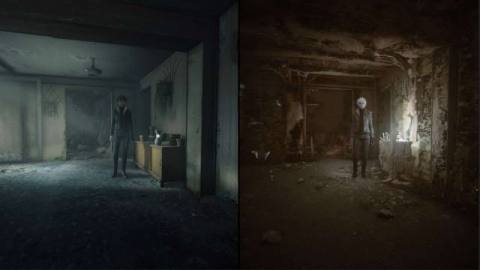 Taking stock of your surroundings reveals a few things:

Your goal is to charge the vase altar with energy so that you can power your spirit shield enough to get through the moth corridor.

But when you interact with the altar, you’ll remark that it’s not strong enough because it’s missing something.

Next, interact with the old prescription and the poetry book to start to piece together the story of this area. 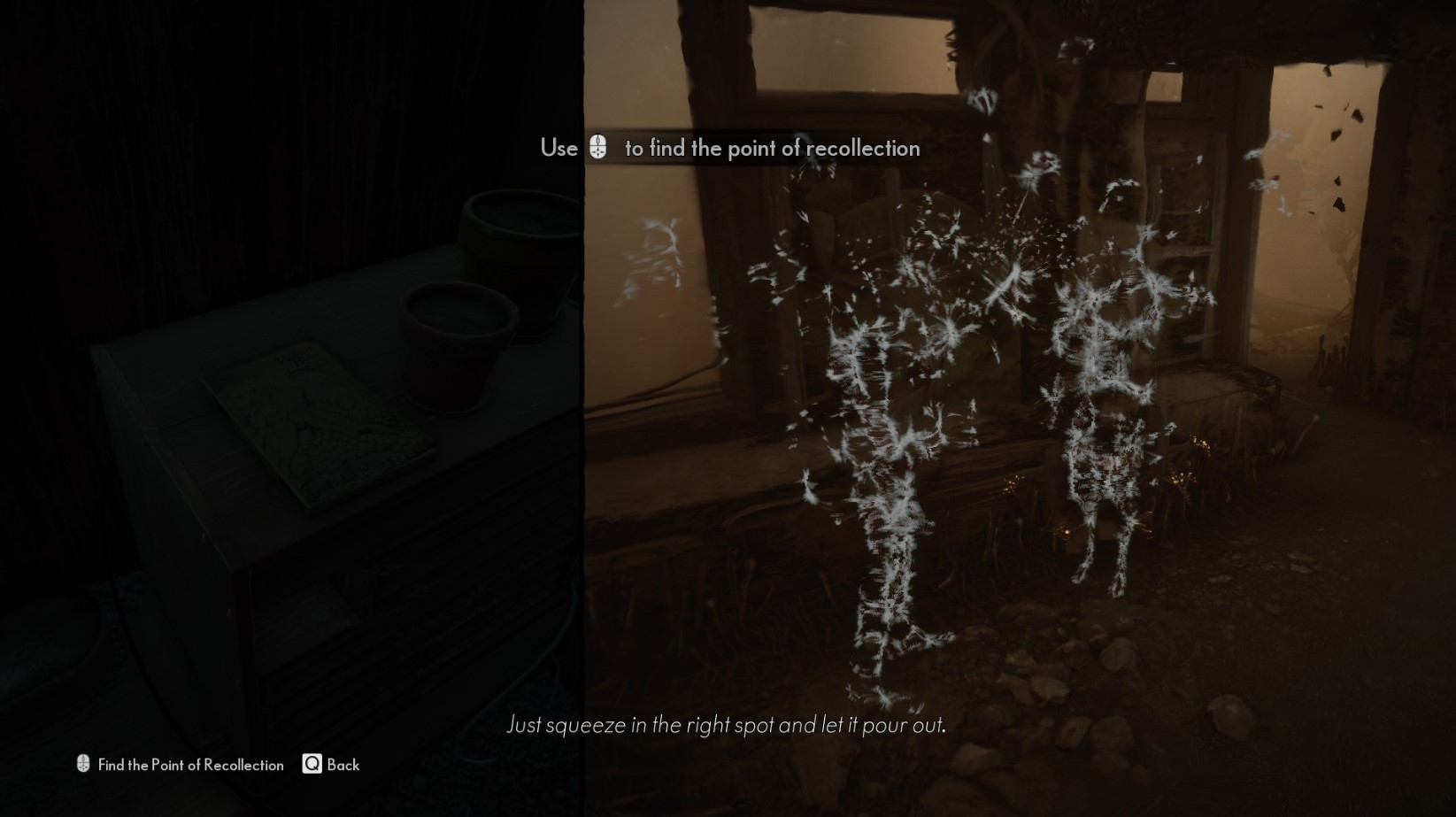 You can also interact with the items in the bathroom for some additional plot, but it’s not required.

Passing the skin barrier in The Medium

When you’re done, head out onto the balcony. Again, you’re without the item that lets you cut through the skin barrier and pass into the next room.

To get it, you need to have an out-of-body experience on the ledge next to the skin barrier. 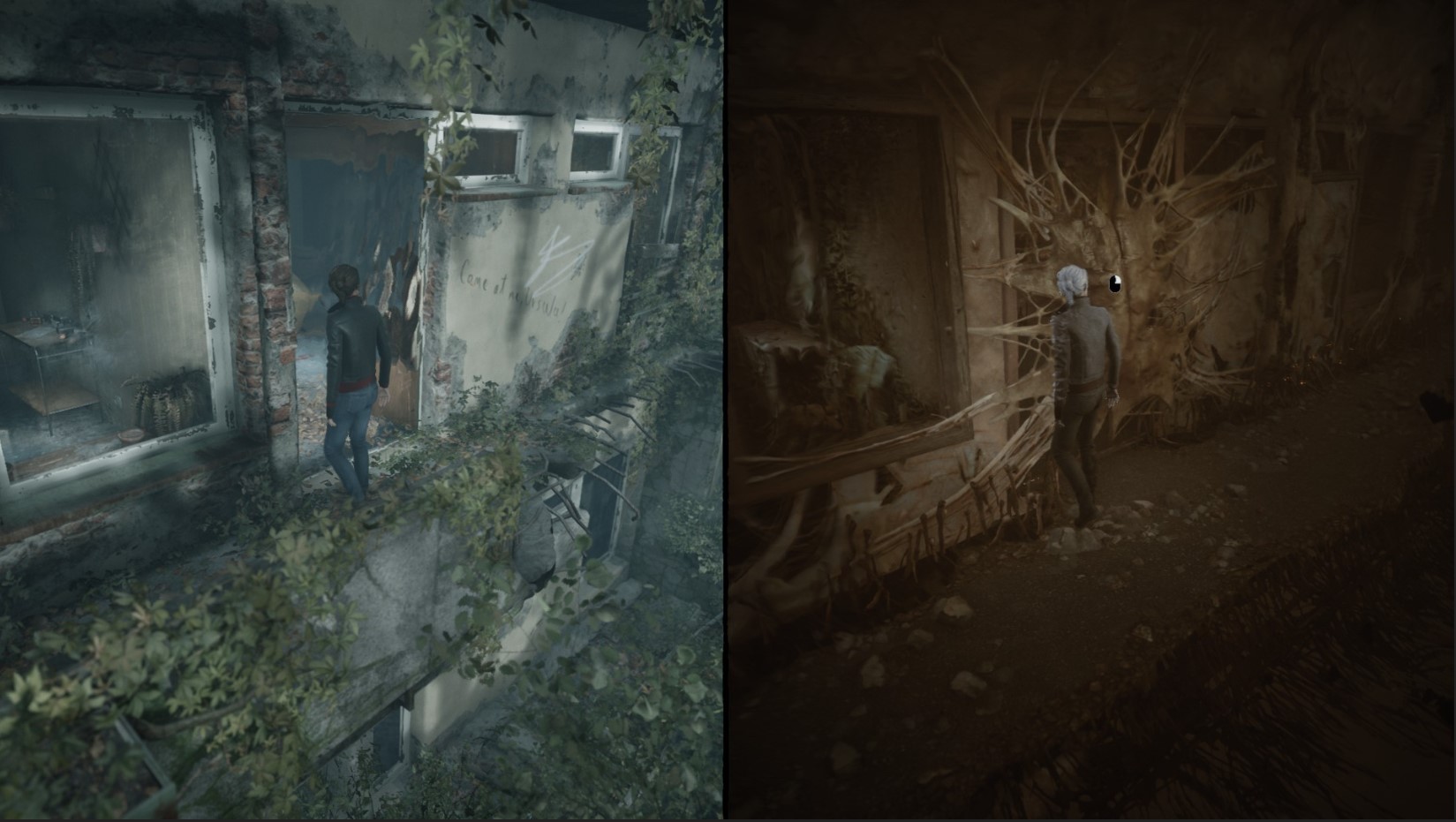 If you look closely, you’ll see that the broken walkway isn’t as dilapidated in the spirit world, and will allow you to shimmy across into another area.

In here, there’s another memory to reconstruct, a plant pot to interact with (which will be empty), and a hole in the wall of the adjoining room. 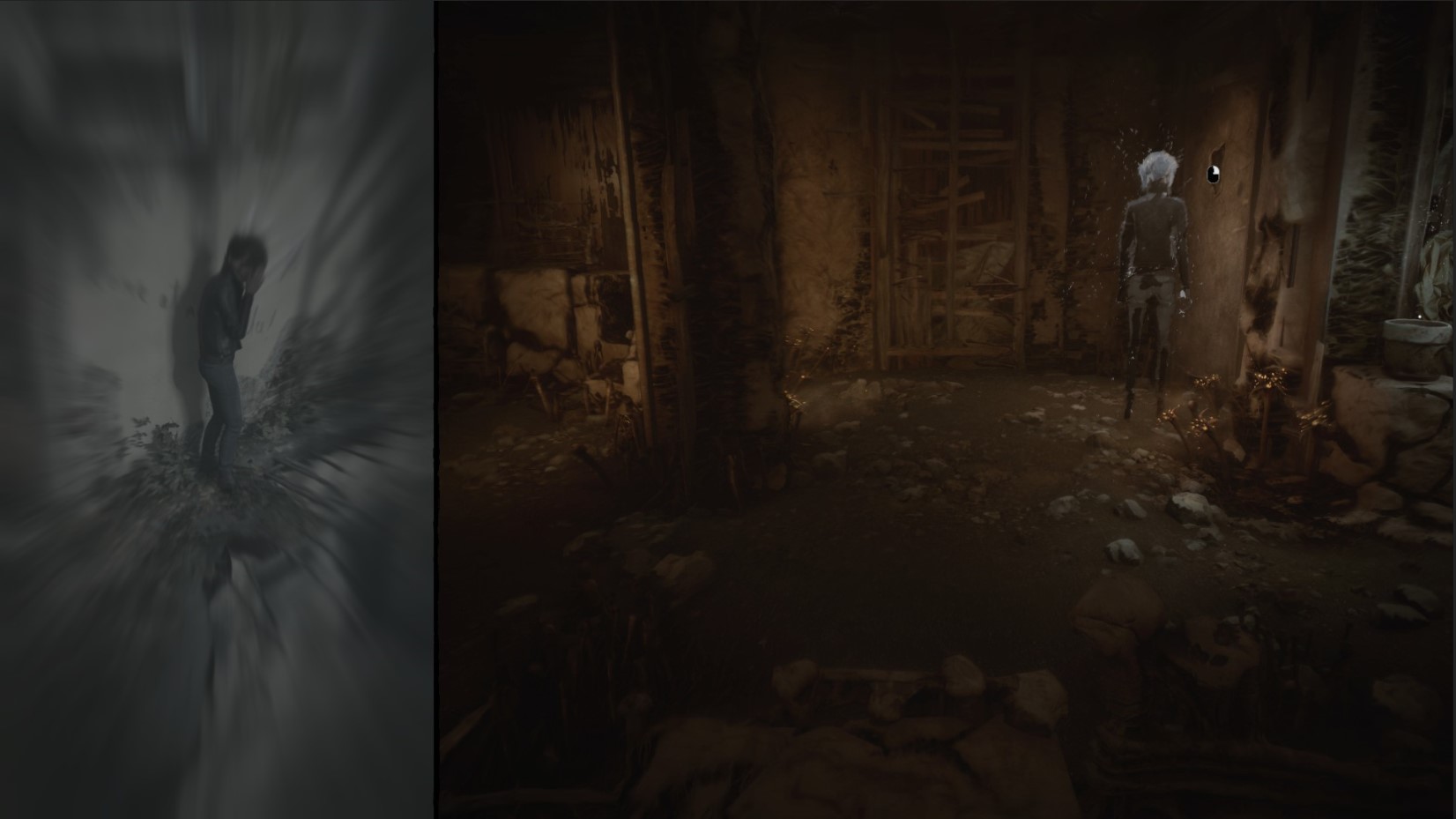 Interact with the hole, then after the cutscene, enter the revealed bathroom.

Drain the plug of the world’s evilest bathtub, and inside you’ll find a razor blade made of pure shame and regret – which is coincidentally the name of my noughties emo album. 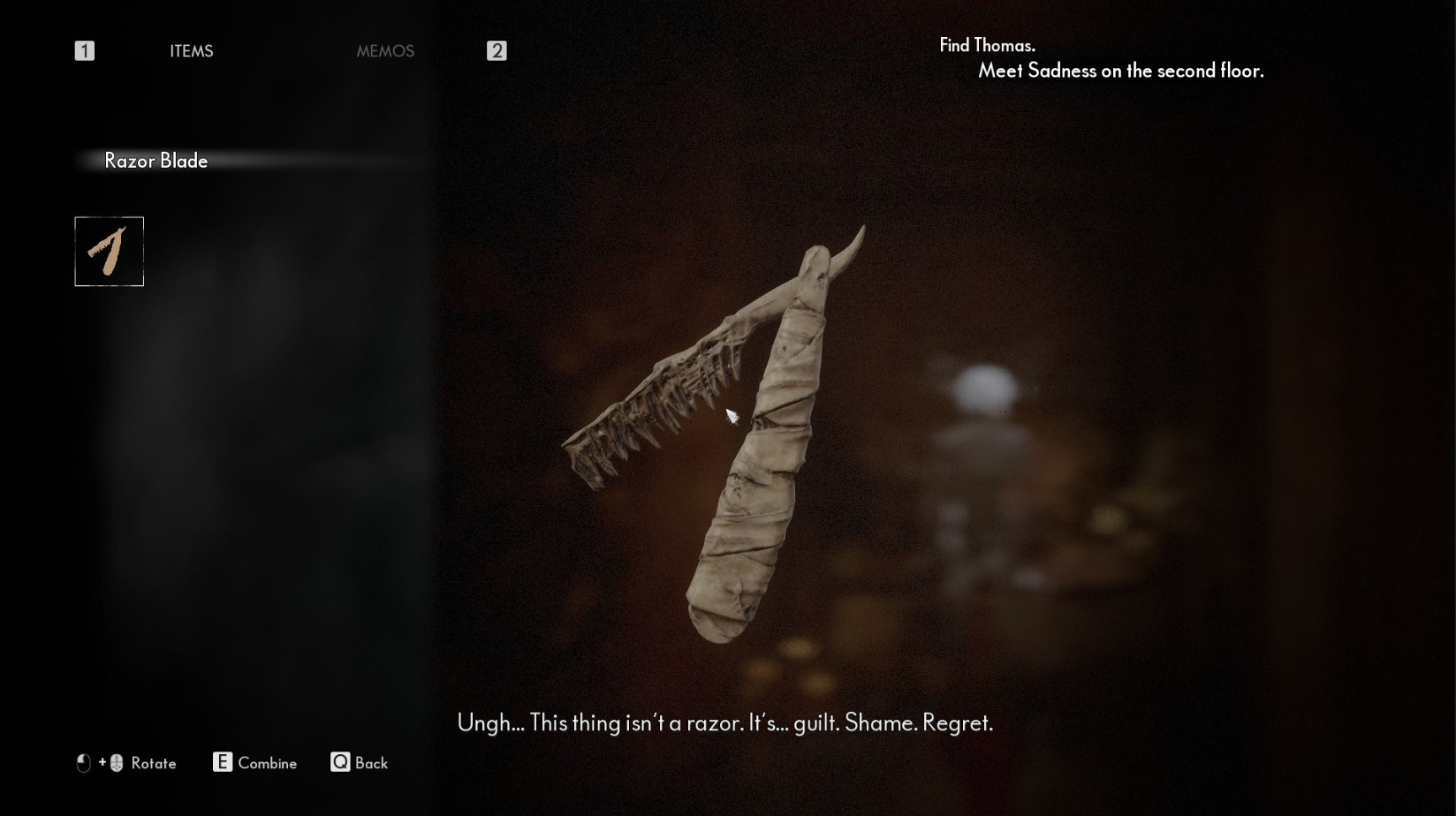 Armed with the razor blade, end the out-of-body experience, and return to the material world.

Now interact with the skin barrier and cut through it with the razor blade while trying not to cringe too hard.

You’ll find yourself in the material version of the room you just visited, and a couple of things are different.

Chiefly, inside the empty plant pot now stands a dried sunflower – the same one that you see the doctor give to Ursula in the first point of recollection memory reconstruction. 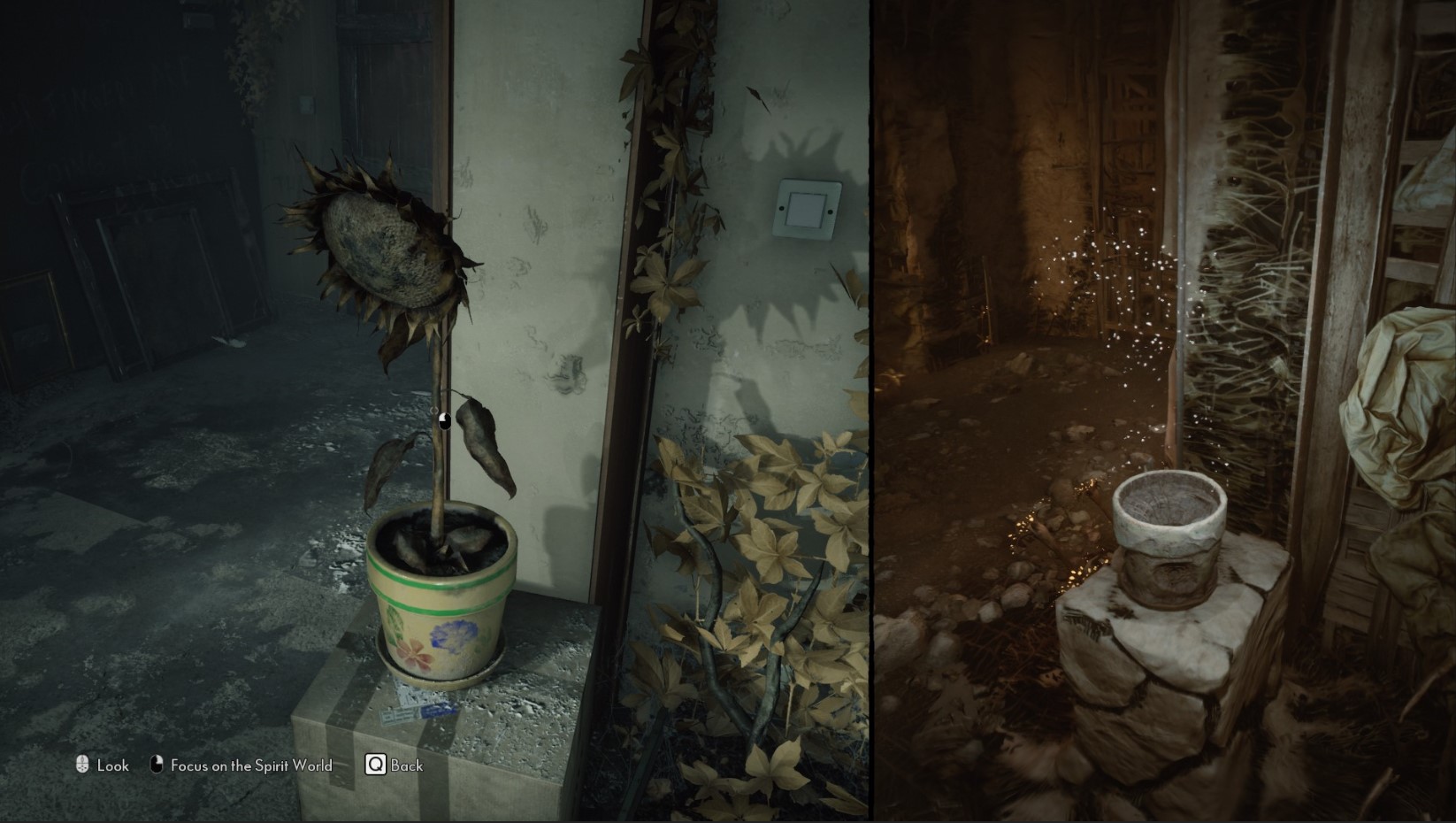 With the sunflower in hand, return to the first room and place it in the vase.

This charges the altar so that its light is strong enough to power your spirit shield through the moth corridor! 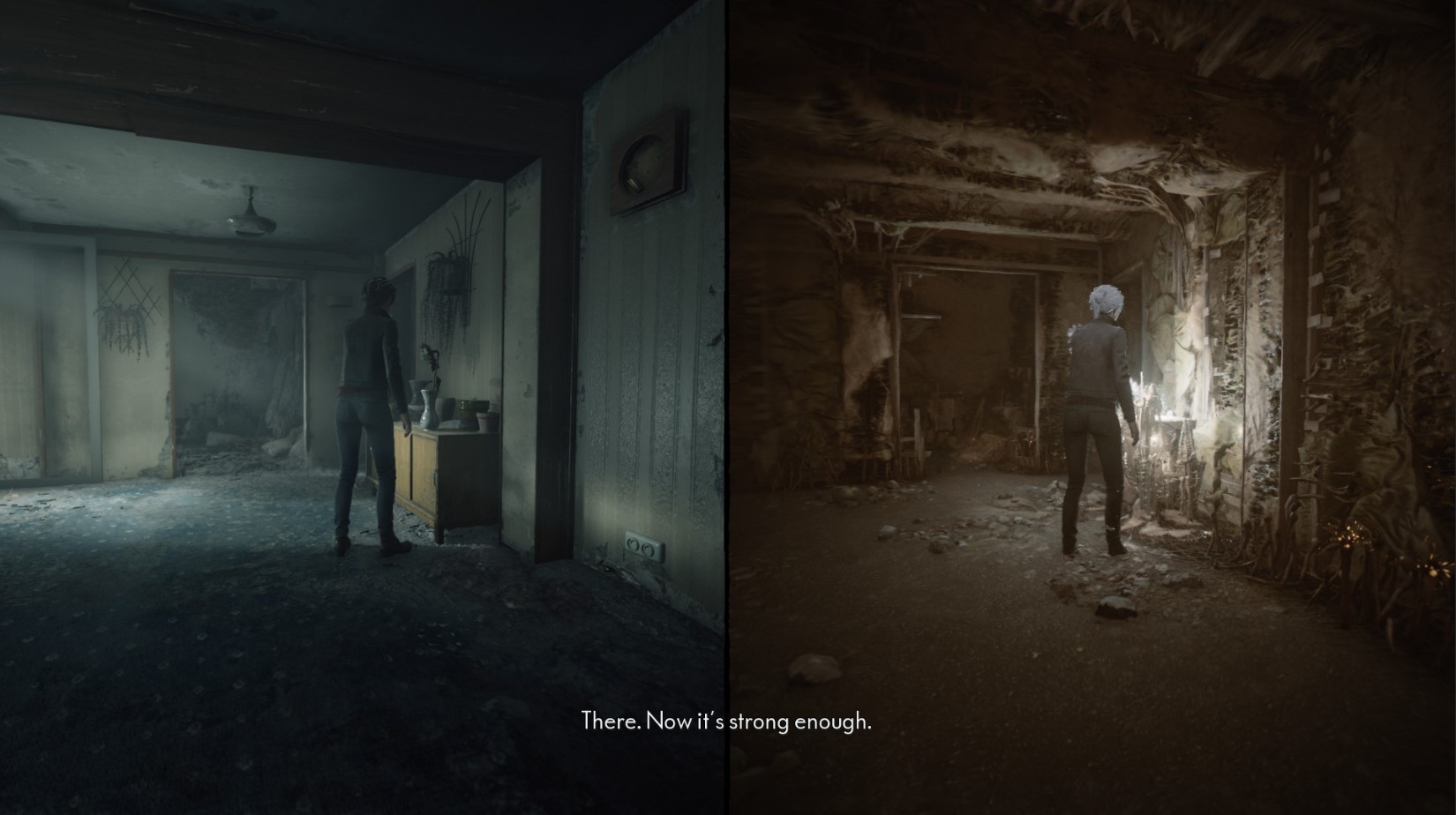 With that, you’ve cracked one of the trickiest puzzles in The Medium.

There are a couple later on that you might need help with – involving water tanks and a door code – which we also have pages on.

We also have an interview with developer Bloober Team about there work in creating the ethereal world of The Medium, here.

For more on The Medium, you can read our review, here. 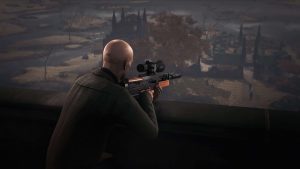 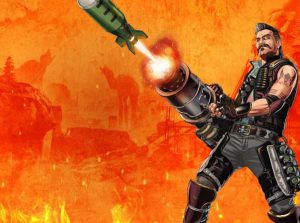