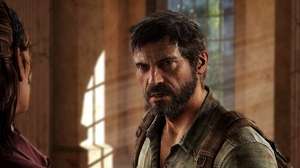 HBO’s adaptation of Naughty Dog’s The Last of Us will at times “deviate greatly” from the game, according to executive producer and game creator, Neil Druckmann.

In an interview with IGN, Druckmann confirmed that while some of the dialogue will be lifted directly from the first game, it was more important to secure “the philosophical underpinnings of the story” than worry about details such as “should [a character] wear the same plaid shirt or the same red shirt”.

“That’s way less important to us than getting the core of who these people are and the core of their journey,” he said.