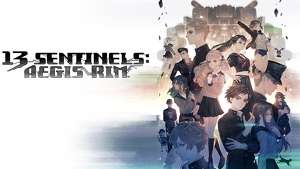 I’m one of those unbearable people who will smugly tell you that my gaming tastes simply won’t align with whatever’s popular. In fact I did so for the top five games of 2019 on this very website. “I just can’t help it that my tastes are so out there,” my inner snob would sigh, utterly vindicated by a comment asking me to “stop it with the anime shit already”.

To my genuine surprise, I did enjoy a lot of immensely popular games this year, and their popularity genuinely added to my enjoyment – the best example of that being Final Fantasy 7 Remake. The story of FF7R is one of continually growing excitement, both within the fanbase and myself as we went from “oh my god, it’s a real thing” to “omg it’s a real thing that will be with us soon”. You’d think that by now we’d be used to the idea of full remakes, as rare as they are, but getting one of a formative, beloved game felt so special. I engaged in fan speculation and watched trailers frame by frame, and somehow still got a game that managed to surprise and delight, even just with how it managed to translate my memories to a modern format.