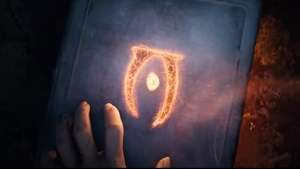 The Elder Scrolls Online’s next big adventure is all about Oblivion.

The Gates of Oblivion was revealed during The Game Awards last night with a teaser video, below.

The video reveals Mehrunes Dagon, the main antagonist of The Elder Scrolls 4: Oblivion. Bethesda called Gates of Oblivion The Elder Scrolls Online’s “next big year-long adventure”. There’s a reveal event set for 21st January 2021 to get a first look at this new storyline.