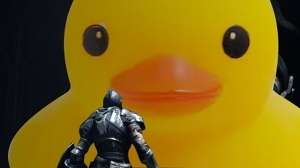 Early game prototypes are often full of surprising placeholders – take the giant space Yoda in Star Wars Jedi: Fallen Order, for instance – but one game I really wasn’t expecting to find hundreds of rubber ducks in was the Demon’s Souls remake.

Collin Harris, a technical artist who worked on the remake, shared a video on Twitter of a hoard of ducks being used to test the game’s tech and effects. Ducks appear to explode from the table, and from the mists looms something rather more fowl…

Speaking to GamesRadar, Harris explained the duck model was created by his friend Alex, who was interning at Bluepoint Games. The model eventually made its way into the studio’s asset library, and when Harris was looking for a model to carry out test demos, the duck’s size and shape meant it fit the bill. “It didn’t hurt that it was also a funny juxtaposition to see a bright yellow rubber duck sitting in an incredibly detailed dark fantasy environment,” he said. 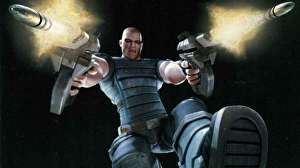