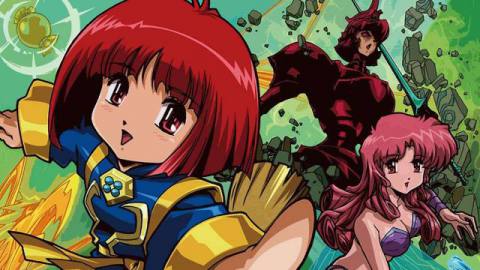 The Cotton series by Success is one of those ’90s shooter franchises that has a special place in the hearts of many retro gamers, so the news that we’re getting a reboot on Switch and PS4 obviously went down rather well.

Helpfully entitled Cotton Reboot!, the game a remake of the Sharp X68000 port of the 1991 arcade release Cotton: Fantastic Night Dreams, which, like so many X68000 conversions, is pretty much arcade perfect.

Developed by studio Beep, it will showcase updated graphics, redesigned character artwork and all-new score attack modes; you even get the original X68000 release in the package, too, so you can see how the update compares.

Cotton Reboot! launches in Japan on February 25th, 2021, and a western release has already been confirmed for Q1 next year.

Cotton Reboot! is an updated, remastered version of the classic and iconic “cute ’em up” Cotton: Fantastic Night Dreams with brand new features and updated visual designs. The game also features three game modes that include the X68000 original mode that faithfully emulates Sharp’s personal computer from the 1993 version. Arrange mode features 16:9 screens, redesigned graphics and characters. In Score attack mode the player competes for scores online within a limited time (two-minute and five-minute mode can be selected).