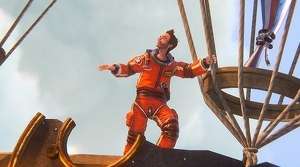 Little Orpheus, the latest game from Dear Esther and Everybody’s Gone to the Rapture studio The Chinese Room, concludes its story today with a new chapter update.

Described by The Chinese Room as “an epic conclusion” to its tale, it sees the game’s hero Ivan Ivanovic return from the centre of the Earth. Here’s a look: