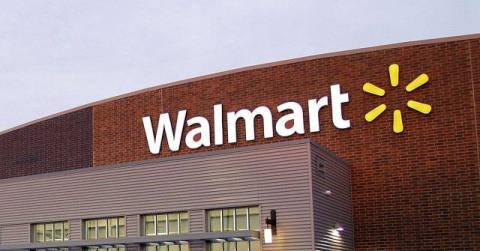 Walmart’s deals for Black Friday 2020 are live. For those looking to get their shopping done with the retailer online this year, you won’t find many deals on last-gen consoles like the PlayStation 4 and the Xbox One, however if you’re looking to buy a Nintendo Switch and are willing to consider a bundle, you’re in luck. Walmart also has a handful of deals on TVs and streaming devices.

Now might also be the right time to get into role-playing games with friends (over video chat), so it’s worth noting that several Dungeons & Dragons supplements and adventures are available as hardcover books at reduced prices.

To help you make the most of your shopping through Walmart’s online deals for Black Friday 2020, we’ve put together a list of some of our favorite sales that you can get right now.

If you need a new or second console, Walmart has several Nintendo Switch and Nintendo Switch Lite deals, provided that you’re interested in buying them bundled with a game. There are also a few deals on games, too:

PlayStation 4 and Xbox One

There aren’t many deals for last-gen consoles, but there are some deals for both consoles worth paying attention to.

If you’re looking for a Cyberpunk 2077 deal, you can get $10.05 off the game’s price when you add it to your cart for either the PlayStation 4 or Xbox One version.

When you get your hands on the PlayStation 5 and Xbox Series X or S, you may want to transfer your games to the new consoles from your old ones. To help you, there’s a deal on the Seagate 2 TB hard drive for either the PlayStation 4 or Xbox One. Speaking of the PlayStation 5, one of the few game deals is for the Watch Dogs: Legion Gold Steelbook Edition. You can grab it for $20 off and get the PS5 version with it.

If you need to upgrade your viewing experience this holiday season, Walmart has several deals on TVs and streaming devices.

There aren’t many deals for Walmart’s gaming PCs, gaming laptops, or gaming monitors. But if you need mice, here are two Black Friday deals from Razer:

You can pick up several hardcover copies of new adventures, supplemental guides, and more with Walmart’s Black Friday deals on Dungeons & Dragons books.