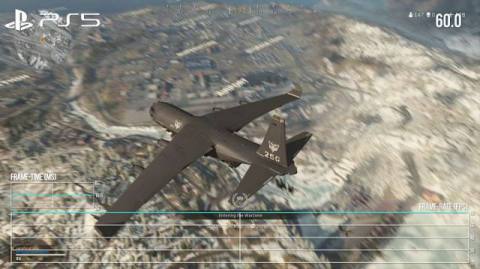 We’re starting to get a sense of why PlayStation 5 users are unlikely to see PlayStation 4 games run at 120 frames per second on Sony’s new console – despite the PS5 being perfectly capable of doing it.

Last week, I reported on how Infinity Ward had quietly updated Call of Duty: Warzone to run at 120fps on Xbox Series X, but not on PS5.

Warzone, which comes up as a PS4 app when it’s downloaded on PS5, does not boot in 120Hz, and there are no in-game menu functions to enable it. Activision declined to comment when contacted by Eurogamer, leaving us to assume the reason for this difference had to do with the way Sony handles backwards compatibility. At the time, I speculated that Infinity Ward would have to create a full PS5 port of Warzone in order to enable 120fps on the console.

Now, we have evidence to suggest that line of thinking is correct. Rocket League is in a similar boat to Warzone: the hugely popular football driving game has been updated to run at 120fps on Xbox Series X, but not on PS5. Why?

Developer Psyonix told Eurogamer there were a few reasons for the decision, and pointed out enabling 120fps on PS5 “requires a full native port”, whereas it’s just a “minor patch” on Xbox Series X and S.

“Our team’s main focus this year was our recent free to play transition and updating major features like our Tournaments system,” Psyonix said.

“Due to this we had to make tough decisions on what else we could achieve. Enabling 120hz on Xbox Series X|S is a minor patch, but enabling it on PS5 requires a full native port due to how backwards compatibility is implemented on the console, and unfortunately wasn’t possible due to our focus elsewhere.”

I thought I’d check in with Digital Foundry chief Richard Leadbetter to see what he thought about all this, and what may happen in the future.

“120Hz support has indeed been a feature for Xbox for some years now, though Rainbow Six Siege was the only game that actually exceeded 60 frames per second,” Leadbetter said.

“The strategy from Microsoft was always to implement features like this and VRR (variable refresh rate) ahead of time so display manufacturers had target hardware to work with, mostly so the foundations would be in place for next-gen games.

“Theoretically it should be possible for Sony to adjust this (PSVR games can run at 1080p resolution at up to 120Hz) but it will require a fair degree of work – and I guess the question is whether engineering resources focused on PS5 could be redirected to PS4 instead. It really does seem like the ball is in Sony’s court on this one.”

So there you have it. Unless Sony sorts this out – and the company has so far expressed no indication it plans to do so – that PS5 120fps backwards compatibility dream will probably remain just that: a dream.