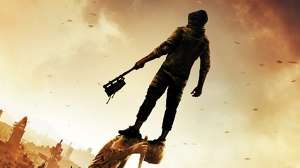 It’s not been particularly smooth sailing for developer Techland’s Dying Light 2. Since its 2018 reveal, the highly anticipated parkour-infused first-person horror sequel has been plagued by setbacks, ranging from multiple delays to high-profile staff departures. Following a damning report on its troubled development, Techland has now delivered a video update on the game.

When last we heard from Techland, the developer was insisting Dying Light 2 wasn’t, as widely reported, caught in development hell. “[As far as I know],” the company wrote in a tweet, “the definition of a dev hell requires the game to not make any development progress, while DL2 keeps moving forward. We announced the game too early but it’s far from being in a dev hell.”

At the same time, Techland promised that fans could expect an update on Dying Light 2’s progress today, 17th March. And with that update now here, it’s fair to say those hoping for anything resembling substantial news will likely have been a little disappointed. Most of the update was spent with various members of the team reading out angry messages from fans, while the remainder merely asked for their continued patience.