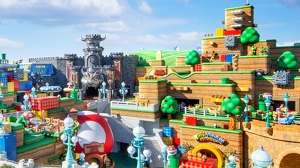 The public opening of Super Nintendo World has been pushed back once again at Universal Studios Japan.

The attraction was due to finally open on 4th February, after a long delay from last summer. Originally, it had been planned to launch in time for the Tokyo 2020 Olympics.

Things looked promising for a while: Japanese press were given a tour back in November, and the park’s website launched, providing new details only last week.