Super Mario 3D World + Bowser’s Fury was the best-selling game during February 2021, and Switch was once again the dominant console.

The NPD February 2021 report has been released, and it finds total industry spending reaching a record $4.6 billion, which is up 35% over February 2020. Year-to-date spending totaled $9.3 billion, up 39% year-over-year.

Hardware dollar sales increased 121% year-over-year (yoy) to $406 million. This is the highest total for a February month since $468 million was accumulated in February 2011. Year-to-date hardware spending totaled $724 million, which is up 130% yoy. 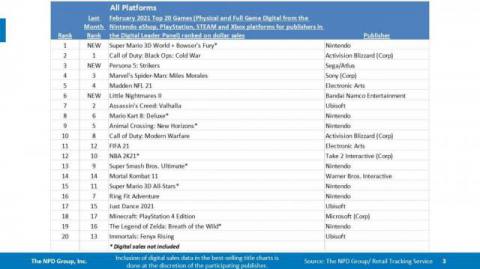 Call of Duty: Black Ops Cold War came in second on the software chart, and Persona 5 Strikers debuted in third place. Little Nightmares 2 debuted as the sixth best-selling game of February and is now the fifth best-selling game on Xbox platforms and tenth on PlayStation.

Spending on video game accessories totaled $195 million during the month, which is up 41% yoy. The Gamepad, Headset/Headphone, and Steering Wheel segments all achieved new February dollar sales records.

The PS5 DualSense Wireless Controller White was the best-selling accessory for the month and leads year-to-date. 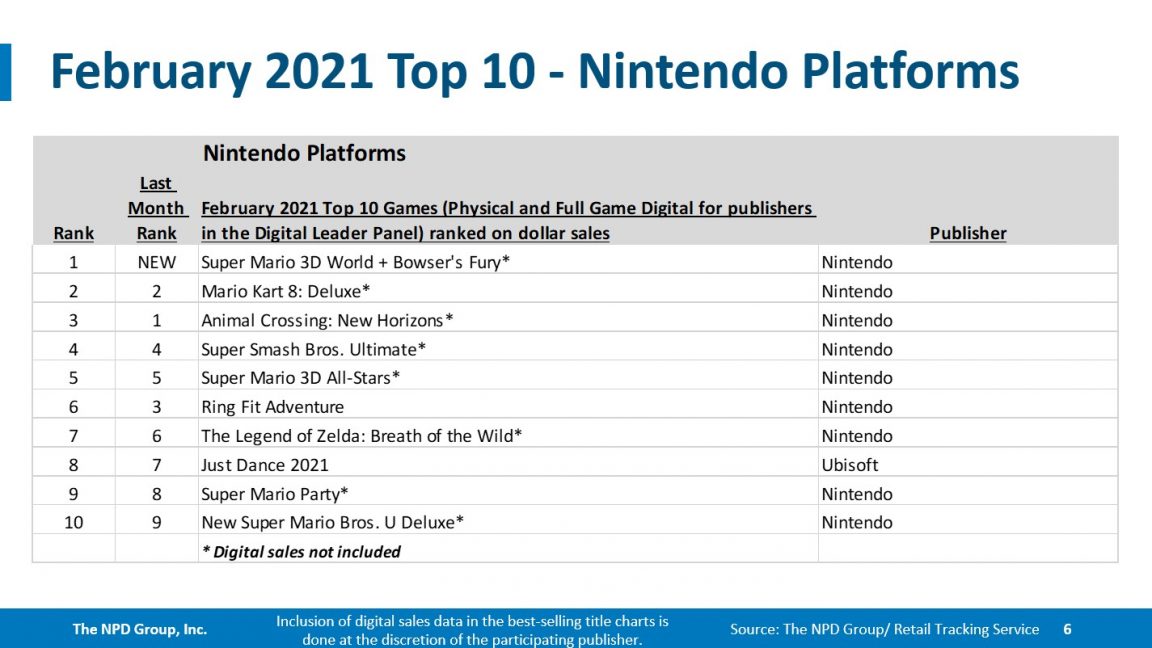 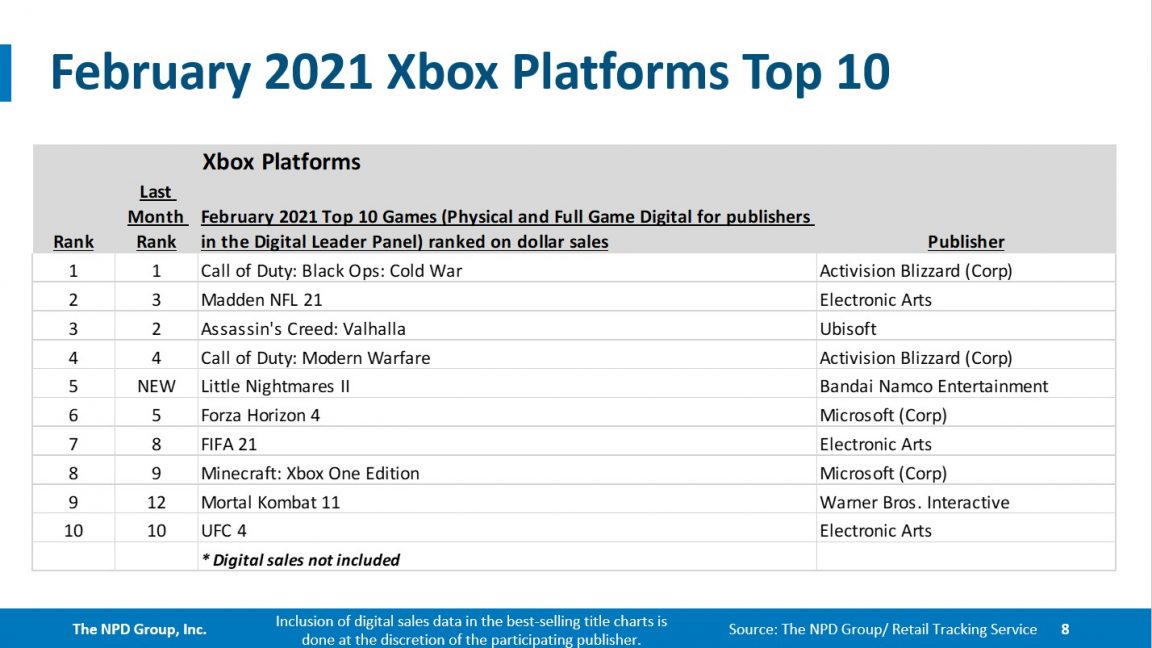 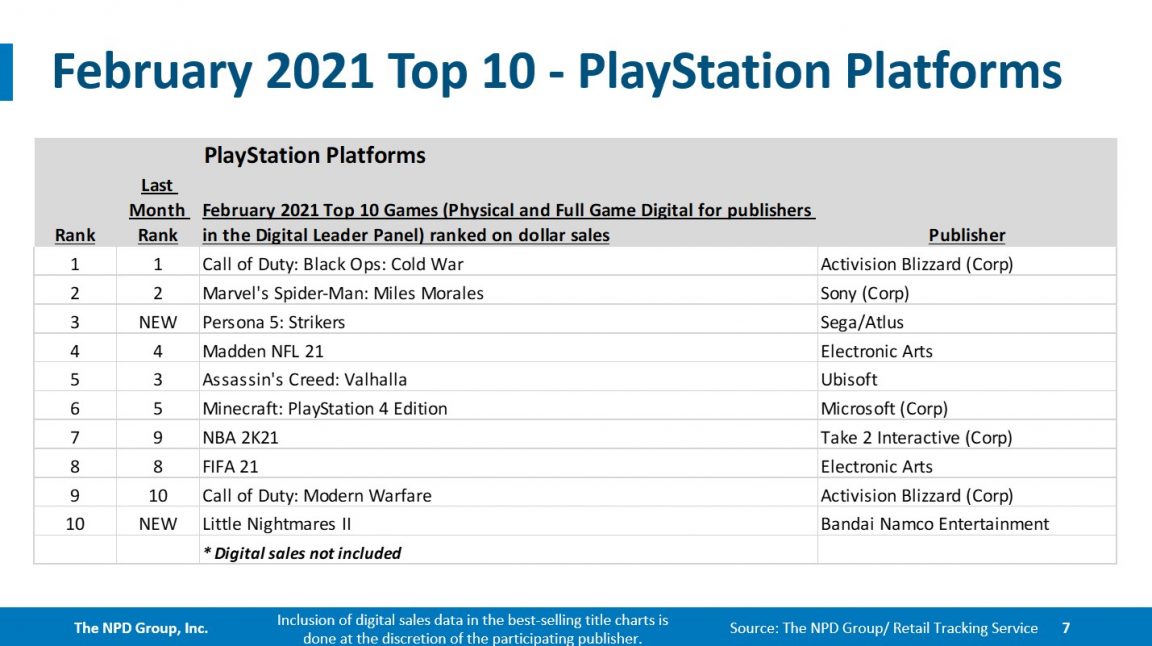 The post Super Mario 3D World + Bowser’s Fury and Switch were the top-sellers in February – NPD appeared first on VG247.