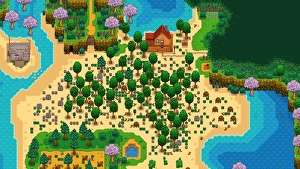 Barone delighted Stardew Valley fans on PC with a surprise pre-Christmas launch for the game’s long-teased 1.5 update at the tail-end of last year, and console players have been eagerly awaiting its arrival on their platform of choice ever since.