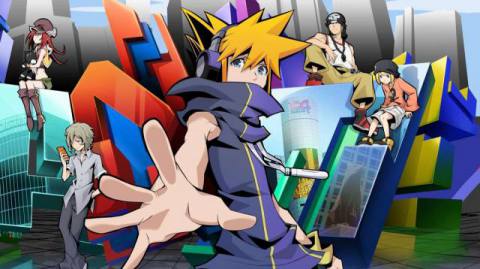 And it’s getting an official western release too.

It’s a big day for The World Ends With You fans; not only has Square Enix revealed that the 14-year-old cult classic fighting-and-fashion JRPG is getting a very long-awaited sequel next year, it’s confirmed that its previously announced anime adaptation is launching in April 2021.

The World Ends With You: The Animation, as the adaptation is matter-of-factly known, takes its narrative cue from Square’s much-loved 2007 Nintendo DS game, telling the story of teenage protagonist Neku Sakuraba, as he becomes unwittingly embroiled in the deadly Reaper’s Game, playing out across Tokyo’s fashionable Shibuya district.

“Neku awakens in the middle of Shibuya’s bustling Scramble Crossing with no memory of how he got there,” explained Square at the time of the adaptation’s unveiling, “Little does he know he’s been transported to an alternate plane of existence known as the Underground (UG).

As in the DS original (since been ported to iOS, Android, and Switch), “Neku must partner up with a girl named Shiki in order to survive. Together, they complete missions and defeat monsters known as ‘Noise’ as they gradually uncover the true nature of this twisted Game.”

We’ve already seen one new trailer for The World Ends With You: The Animation following its initial unveiling, but now there’s another, this one accompanying today’s news that the anime will finally release in Japan next April. Excitingly, Square has confirmed it’ll also be getting an official western release next year, but there’s no release date for that just yet.