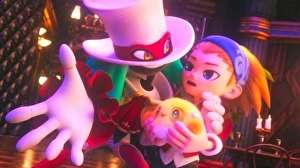 Platform game Balan Wonderworld released earlier today, but the launch day has been troubled by reports that the final boss fight contains a potential epilepsy risk. Publisher Square Enix has now confirmed that this is a bug in the unpatched version of the game, and warned players to make sure they have the day one patch installed.

The warning comes in response to a video from YouTuber Bigdaddyjende, which showed some potentially hazardous flashing lights in the game’s final boss battle. (There’s a link here, but please note the footage contains a potential epilepsy trigger, so watch with caution.) It takes the form of a white flashing light, covering the entire screen with a strobe effect. Other videos of the same boss battle, however, did not show the flashing light effect – leading some to speculate that it was some form of bug.

According to Square Enix, the flashing is not intentional and is indeed caused by a bug in the unpatched version of the game.