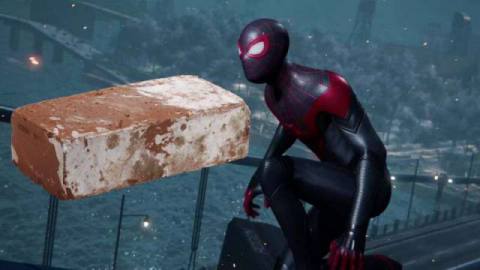 Marvel’s Spider-Man: Miles Morales is now available for web slinging’ fans to enjoy and while most are having no issues running the game on the latest generation of gaming consoles, one PlayStation 5 user shared a hilarious clip that shows our latest hero turning into a…uh, a brick. Heroics.

Shared by High Level Comics’ Rob Sheridan, the below clip shows off our still-learning hero crashing into a brick wall only to become one with the brick wall. Literally. While we always encourage our readers to not let their dreams be dreams, maybe the dream of turning into an actual brick could be laid to rest.

I tried to start a fight as Spider-Brick and he turned into a white cube and crashed the game. Now I’m just boring old Spider-Man again. Thanks for the memories, Spider-Brick.

While absolutely hilarious (seriously, glitches are weird), it is a game-breaking issue when Sheridan tried to continue on the game as the brick. When trying to go into combat, predictably the game crashed, but not before Miles went through one more transformation by turning into a white cube. Because naturally. That’s the natural progression of events. Nothing to see here, move along.

The bright side is that this seems to be an isolated event. Most playing are running into smooth experiences and fun web-slinging. In our own review, Editor-in-Chief Andrew Reiner couldn’t stop raving about the latest Marvel journey, giving the game a whopping nine out of ten on our review scale.

You can learn more about the latest Marvel game with our full review right here, alongside a tiny snippet below:

I thoroughly enjoyed how Miles’ story unfolds, but it hangs its mask on some clichéd coming-of-age hooks; outside of his personal and familial turmoil, he doesn’t face much of a defined threat. Roxxon is billed as the evil presence, but you won’t see many villains at all – a huge change of pace from the first game. Rhino is the most pronounced, and he’s the first one you see. Some others are teased, but they never materialize into anything other than cameos. Roxxon and The Underground fall a bit flat, but the emotional strings they link to Miles pay off in satisfying ways.

For a second act, Marvel’s Spider-Man: Miles Morales satisfies. Taking to the web-line and soaring across a wintery New York skyline is every bit as enthralling as it was before, and Miles develops into a fantastic hero. This follow-up doesn’t have as much of a sinister punch, but it delivers some great plot twists and concludes with another eye-opening post-credits sequence that teases an exciting future for Insomniac’s Spider-Man series.

Marvel’s Spider-Man: Miles Morales is now available on PlayStation 5 and PlayStation 4. What are you most excited for when diving into the next step of this Marvel journey? Sound off with your excitement down in the comment section, it’s what Miles would want. 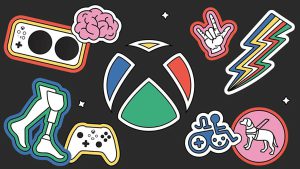 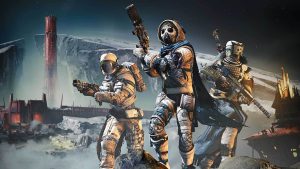 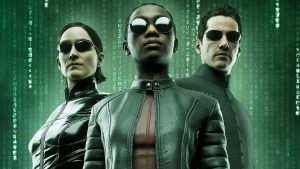 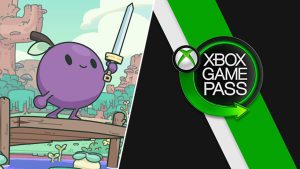