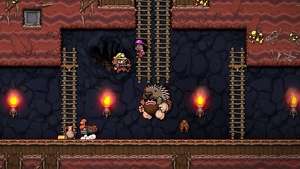 There’s been a rising clamour for both games on Switch for quite some time, of course; partly because the brisk replay loop inherent in rogue-likes is particularly well-suited to portable play, but mostly, simply, because Spelunky 1 and 2 are just utterly masterful games.

Eurogamer called Spelunky “a creation of rare crystal clarity that sparkles from every angle” when it reviewed the acclaimed 2012 remake on PC, giving its refined procedural platforming a mighty 10/10 (and, later, an Essential badge when they came in).