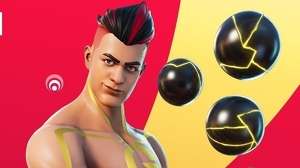 At one point, total viewership to TheGrefg’s channel hit 2.4 million – nearly quadruple the record set by fellow Fortnite fan Ninja back in 2018 when he played the battle royale with rapper Drake and notched up 635,000 viewers.

(TheGrefg already beat that total once – narrowly – back in December, with a stream watched by just over the 639,000 people.)