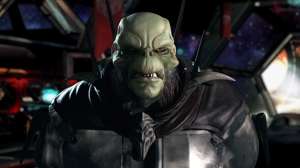 Should you wish to expand your increasingly insurmountable back catalogue still further, Epic has announced the next two freebies it’ll be featuring on its store, starting with Galactic Civilizations 3 and continuing with gravity flipping platformer Dandara next week.

Galactic Civilizations 3 is developer Stardock’s space-based 4X strategy game, which proved good enough to earn itself a twinkling Recommended badge when it fell under the Eurogamer review-o-matic’s gaze back in 2015.

“If you’ve sunk hundreds of hours into GalCiv 2, it may seem early on like you’re playing an HD upgrade rather than a sequel,” wrote reviewer Richie Shoemaker, “but once ship production is in full swing and the fleets are massing on the borders, you start to appreciate all that is new…[it’s] well deserving of the GalCiv name and offers enough in the way of traditional features and modern scalability to secure the series’ place at the very top of the 4X tech tree”.