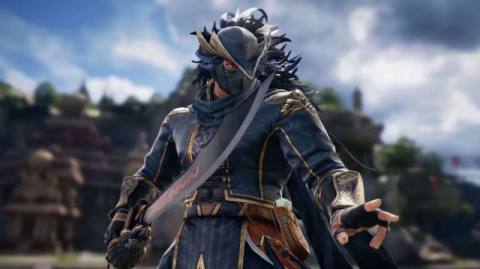 Hwang, the energetic Korean swordsman, is set to arrive in SoulCalibur 6 on December 2 alongside a big patch that’ll introduce a slew of new content to the game, too.

Though Hwang will be paid-for as part of the game’s second season pass, the patch that introduces him to the game will be brimming with free content, including a new stage called Motien Pass Ruins, Seong Mi-Na’s classic costume parts, more Create a Soul parts inspired by the Tekken series, and new Mitsurugi and Nightmare episodes to boot. Safe to say, this one’s going to be a big patch!

The trailer for Hwang was revealed over the weekend, during a special EU West tournament of the SoulCalibur 6 Online Challenge (which you can watch in full over on Twitch).

Long-time Soul Calibur fans will be overjoyed to see Hwang; he’s something of a favourite amongst veterans, having originally been introduced to the game back in 1995’s Soul Edge. Since then, he’s only been playable in SoulCalibur and SoulCalibur 3, making unfulfilling cameos in the game ever since. Hwang is the latest character announced for the game after the introduction of Setsuka earlier in the year.

Currently, it’s unclear whether or not Bandai Namco intends to announce a third Season Pass for Soul Calibur 6, or whether this big update will be the game’s last.