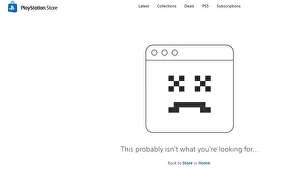 In October, Sony launched a revamped web and mobile store that ditched PlayStation 3, PSP and Vita games, themes and avatars. Sony also discontinued the wishlist feature and signalled all items currently on your wishlist would be deleted.

However, after this closure, fans were able to access the old web version of the PlayStation Store – and their associated wishlists – via a region-specific URL that meant people were still able to make PS3, PSP and Vita game and DLC purchases. This URL stopped working over the weekend (thanks, ResetEra), and now redirects to Sony’s new webstore that includes PlayStation 4 and PlayStation 5 games only.