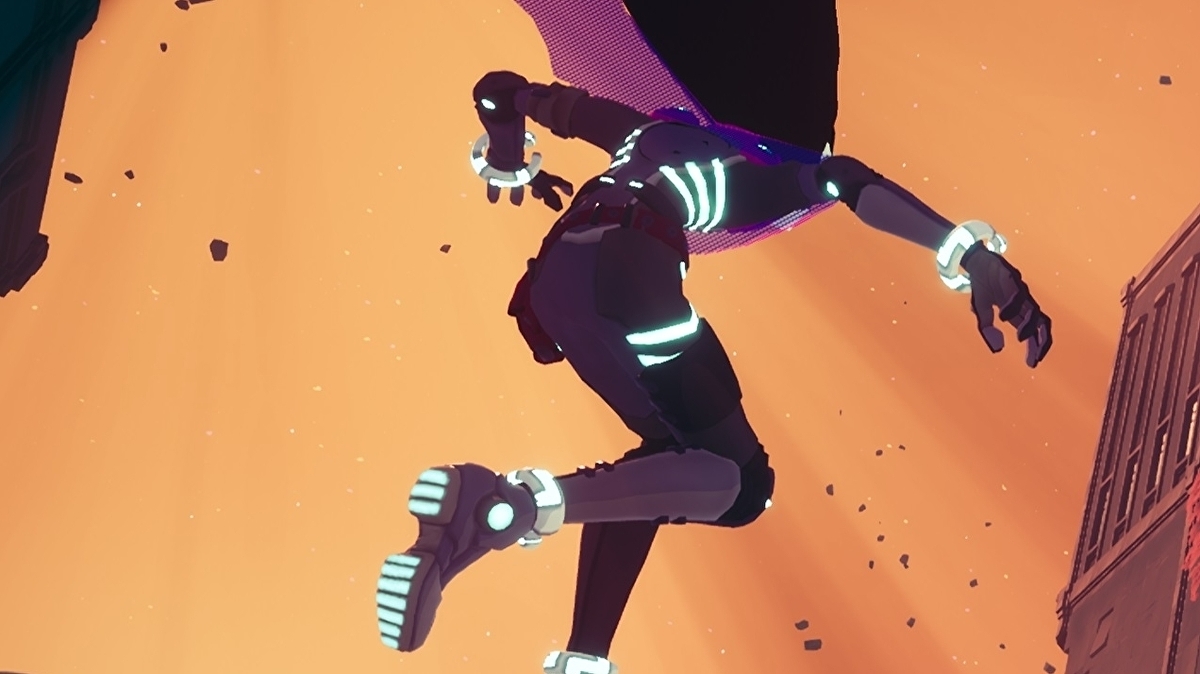 The description creator Alx Preston uses when referring to his new game Solar Ash is “Mario Galaxy meets Shadow of the Colossus, and then sprinkle in a bit of Jet Set Radio”. He calls that “the dumb pitch”, but it’s really handy way of quickly creating an image of what this game – his next after Hyper Light Drifter – is like.

Solar Ash is a game about movement, a game about speeding around bizarre fantasy landscapes and confronting enormous bosses who live there. You skate on multicoloured clouds which bobble up behind you, and then you grind along glowing rails sprouting from alien pods. You fling grappling hooks to bridge chasms and you swing to new areas, and you scramble up sticky, sludgy growths to reach others. When you’re doing Solar Ash properly, you’re moving at speed.

It’s not, like Hyper Light Drifter, a game about combat. There is some but it’s there to make you think about the route you’ve picked, or to try and interrupt you. A few quick acrobatic hits see off most enemies and you’re on your way again, and it creates a flowing kind of feeling to the game.