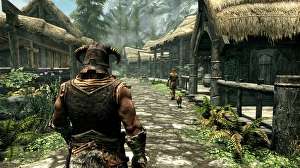 Coming soon to Xbox Game Pass on PC is Steam hit Among Us, and a raft of Yakuza games are coming soon to console and PC via the service.