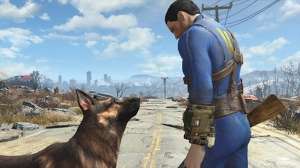 Microsoft has said a raft of old Bethesda games will get an FPS boost on Xbox Series X and S.

Speaking during the latest Xbox podcast, below, Microsoft’s Larry “Major Nelson” Hryb and Jeff Rubenstein confirmed an increase from 30fps to 60fps when FPS boost is activated for Fallout 4, Fallout 76, Skyrim, Dishonored and Prey.

You can toggle this setting off on your Xbox Series X and S if you want to play in the original framerates, Rubenstein added. There was no word when this boost will hit the games.