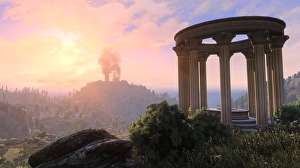 We’re still a long way from the release of Elder Scrolls 6 – a game that remains as mysterious as ever – so if you’re looking for another Elder Scrolls project with no release date to get excited about, I have just the thing.

Skyblivion, a mod project that’s been in development since 2012, aims to remake The Elder Scrolls 4: Oblivion using Skyrim’s engine – and while there’s still no release date for the mod, the latest update video shows significant progress. Focused on the mod’s remastered environments and quests, it’s a lovely version of Cyrodiil reimagined with a mixture of Skyrim and custom-made assets.

According to mod team TESRenewal, most of the mod’s exterior environments are already on their “first pass”, with the team now looking to add polish and additional details to the outside world. The team is working on a whopping 2663 interiors, and is currently in the process of reworking all the caves, mines and dungeons from Oblivion. While Oblivion often reused its dungeon designs, the Skyblivion mod team is making them more unique: designing them based on NPC and book descriptions found in the original game. Plenty of Oblivion assets have been given a redesign, but the mod team seems to be looking for even more 3D artists to help with all this fancy furniture.