Today marks fifteen years since our Nintendo Life began, and five years since I wrote about our ten-year anniversary, which feels like only yesterday. Back in 2015, Nintendo was teasing us with NX and games for mobile phones as interest really started to wain in the criminally-misunderstood Wii U. We wouldn’t say it was the darkest time for Nintendo, but it was pretty grim.

Fast forward to the present, and it’s fair to say it’s been an incredible five years for Nintendo, and for Nintendo Life. We’ve grown substantially in that time, and not just in terms of visitors; our team has expanded and our company has matured in many different ways. Switch has obviously been an integral part to our success in recent years, and we must congratulate Nintendo on their latest achievement; after all, a strong Nintendo is obviously a very good thing when you’re running a Nintendo-centric website.

It’s not all praise for Nintendo, though; people that don’t know us often mistake us for blind fanboys, which couldn’t be further from the truth. It would be fair to say that we’re no closer to understanding the strategy or machinations of Nintendo than we were five years ago. The company continues to make bizarre choices on a regular basis, and because of that, we’ll continue to question them. The phrase “because Nintendo” is very much alive, despite the Switch being an overwhelming success. Hopefully, those of you who have been with us through thick and thin appreciate the editorial balance we strike on this site. 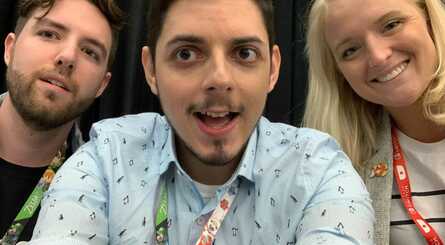 It certainly keeps things interesting for readers, and we’ve simply never had more things to talk about – even during the heady days of the Wii and DS (total combined sales: over 250 million), there didn’t seem to be as much going on in the world of Nintendo as there is now. The eShop has new releases overflowing on a weekly basis – a potential problem itself – meaning we have to pick and choose which games to review; our previous mandate to cover every single digital release (an easy objective to maintain during the desperate days of the 3DS and Wii U) has sadly had to fall by the wayside.

For consumers, the industry is providing an amazing number of games at the moment and we’re on the eve of a new generation of consoles, with PlayStation 5 and Xbox Series X (and Series S) launching this month. Nintendo is yet to reveal its hardware plans for this coming decade, but the smart money is on an evolution of Switch and no more “Revolutions” like we saw back in 2006.

The site (and YouTube channel) wouldn’t exist without you, the reader. Whether you visit every hour of every day (we know who you are) or once a month, whether you first visited in 2005 or today, I’d like to say a huge thank you.

Next is a thank you to our hard-working and dedicated staff members, Ryan, Gavin, Liam along with Alex, Zion and Jon on YouTube and Darren and Damien, my fellow Directors. Their collective effort in recent years has been an honour to work alongside, and I look forward to many more still to come.

I also have to thank the authors on other websites that cover and link to our content appropriately — hat-tip — and those that share our articles across social media. Behind the scenes, there are just as many people who help make things happen. Thank you to our partners at Gamer Network, in particular Simon Maxwell, Jon Hicks, Dan Robinson and his wonderful sales team Alistair Pardoe, Nadine Alden, Callum Johnson, Julia Cohick and Matt Butlin. Special thanks also to Richard Badley, Craig Munro and Mark Kennedy for their technical support. Finally, an extra special thanks has to go to the one and only Rupert Loman, the former CEO of Gamer Network, who believed in us all the way back in 2011 and has been an integral part of our growth over the years.

Thanks also to Kornel and Andrew at 44bytes for providing us with some excellent infrastructure, and Andrew Bowler at Loughborough University, who oversaw our move to a proper, dedicated office space last year.

We should also thank Nintendo itself, and the many, many staff we’ve had contact with over the years who have helped us do cool things like have our own page on the 3DS eShop, run a stand at EGX and have access to the likes of Shigeru Miyamoto and Charles Martinet.

Last but not least are all the developers and publishers of the games we cover. Thank you for creating your games and helping us bring them to the attention of as many people as possible. We appreciate your support, and we hope the positive reviews we’ve published have done your work justice (and the negative ones have spurred you on to greater heights).

Looking to the future

The last five years have been great – for many different reasons – and we’re looking forward to the next five. We’re going to continue to develop the site and expand our team to cover as much of the world of Nintendo as we can, alongside our sister websites Push Square, Pure Xbox and Stadia Life (yes, the last one was a joke. Or was it?).

It’s clear that the world is having a difficult time right now, for various reasons, which means we aren’t able to celebrate this birthday in quite the way I had envisioned. Everyone is having to adapt in different ways, ourselves included.

Something we get asked for on a regular basis is “Where can I buy a Nintendo Life t-shirt?”, probably because they are expertly modelled by Alex, Zion and Jon across their videos. Now, we’re not entirely sure what the demand for these is like, so we’ve put together a store with limited quantities to test the waters. If you are interested in grabbing a T-Shirt and showing your support for the site, then use the links below – if things go well, we’ll no doubt do an entire range in 2021. Whoop! (PS. If you order 2x T-Shirts you’ll get 20% off the second one)

Aside from T-Shirts, we’ve got bunch of other things that we’re looking to do in the years ahead, but for now, we’d better get back to reporting the latest Nintendo news; no doubt Nintendo has shadow-dropped another Direct during the time I’ve written this.

What are your memories of turning 15? Are you 15? (Wow, that makes us feel old.) When did you first visit Nintendo Life? Let us know in the comments below.