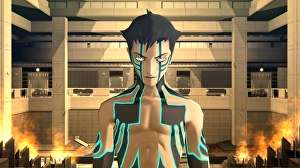 That’s for PlayStation 4, Nintendo Switch and Steam priced £44.99. If you pre-order the £54.99 Digital Deluxe Edition you get access to the game four days early on 21st May, Atlus said.

Shin Megami Tensei 3 Nocturne HD Remaster spruces up the original 2003 PlayStation 2 RPG – aka Shin Megami Tensei: Lucifer’s Call in Europe – with new models and backgrounds. It also has the new “merciful” difficulty setting, which makes the game easier. There’s suspend save, which lets you save your progress whenever you need, voiced audio that lets you choose between Japanese and English VO, and an alternate branch featuring Raidou Kuzunoha. Also expect fixes and patches implemented since the Japan release.