As you know, Seasons are coming to Sea of Thieves, and the first one starts this week.

In blog post, Rare outlined what you can expect from Seasons in Sea of Thieves.

Announced back in December, Seasons will kick off on January 28 and each will last around three months, each bringing new gameplay features, rewards, and live events.

You will progress through Seasons by winning Renown, which is dependant on handing in loot. You will be able to play through 100 levels of Renown across 10 tiers of progression, unlocking rewards along the way. There’s also an optional premium element called the Plunder Pass, which adds more rewards when progressing through levels of Renown.

In Season One, a new Merchant Alliance Voyage becomes a permanent part of the game and new events and challenges will be introduced throughout the Season. This can be played alongside organic Seasonal progression.

Seasonal content is free for all players, and rewards include in-game currency, cosmetics, emotes, and Ancient Coins to spend in the Pirate Emporium. Access to Seasons will not be gated through the Plunder Pass, as is the case with all updates, the Seasons updates will be free for all players.

As far as how the progression system will work, playing the game will help you make progress towards your Seasonal goals.

In addition to the Trading Company progression system, Seasons will usher in Renown which can be earned in “hundreds of different ways,” and isn’t wholly dependent on handing in loot.

Alongside the new progression system are new Trials which are made up of individual deeds that will help speed up your progress towards rewards. These Deeds have been designed to suit various gameplay session lengths and reward you with unique in-game items, running alongside recurring and one-off live events.

Alongside live Events, and world changes, the monthly updates coming with a Season will also introduce new stock to the Pirate Emporium. With every update, you will still be able to purchase one Letter of Commendation per Trading Company per month.

You can find out more on Seasons as explained in the video above, or through the blog post.

So, about that Plunder Pass. As noted back in December, it is an optional purchase that provides value for money on items from the Pirate Emporium.  It will run you 999 Ancient Coins (the equivalent of$10) which can be purchased in packs or obtained by defeating rare Ancient Skeletons.

The pass will also unlock the ability to earn an additional range of rewards as you raise your Renown by playing the game. These extra rewards are made up of premium items from the Pirate Emporium, and span everything from weapons and equipment, to emotes and ship cosmetics.

To guarantee these rewards, you will still need to advance through the Seasonal progression system and reach the levels required to unlock them – before the Season is over. Each Season’s Plunder Pass will contain a mix of previously released premium items and early access to upcoming Emporium items ahead of their full release. The pass will not include Plunder Pass-only items never to be sold in the Pirate Emporium.

Again, Seasonal content is free for all players and is not gated through the Plunder Pass.

The post Sea of Thieves Season One kicks off this week on January 28 appeared first on VG247. 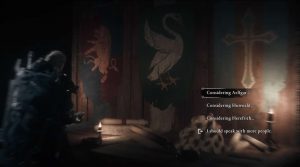