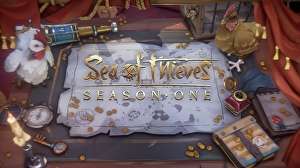 Sea of Thieves’ free battle pass – intended to offer a “tangible sense of progress”, even when engaging in shorter sessions – will feature 100 progress levels (with associated seasonal rewards) that can be unlocked through exploration, adventuring, and combat. There’s also talk of pirate trials “that celebrate…existing content and encourage you to play in new ways”.

Notably, this new seasonal model marks a shift in development strategy for the multiplayer pirate game. Instead of delivering new content on a monthly basis, as was the case previously, Rare will now deliver new features every three months, at the start of each new season.