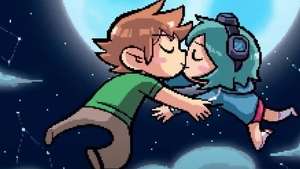 Scott Pilgrim Vs. The World: The Game has become Limited Run Games’ “biggest release of all time”, selling over 25,000 copies in less than three hours on Nintendo Switch alone.

“In less than 3 hours we sold 25,000 copies of Scott Pilgrim on Switch!” tweeted Limited Run Games’ Douglas Bogart (thanks, Siliconera). “Thank you so much for your support in making this our biggest release of all time!”

How to use a VPN for Xbox Series X