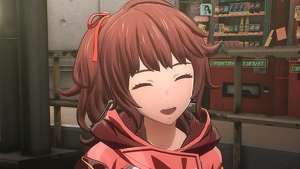 Remember that game about sentient flower bouquets with horse legs? Well, you’ll soon be able to find out more about these monstrosities for yourself, as Scarlet Nexus has a release date – and there’s also news of an accompanying anime.

Scarlet Nexus is due to launch on 25th June, and will be coming to Xbox Series X/S, Xbox One, PlayStation 5, PlayStation 4 and PC. It’s an RPG from Bandai Namco, set in an advanced society that’s reliant on technology surrounding the brain. There’s a brain internet called Psynet, and citizens can use advanced brain power to unleash psykinetic abilities. Yet it’s a world frequently visited by strange creatures called “the Others”, and a task force called the OSF is called in to deal with these. Playing as either Yuito Sumeragi or Kasane Randall, the player has access to a range of psychic abilities through brain connections between squadmates, making for some varied and wacky gameplay.

Along with the news of the release date, Bandai Namco also released a brief trailer for a Scarlet Nexus anime produced by Sunrise. The anime is due to arrive in summer 2021, and will have a simultaneous global release – so no waiting for years for it to become available over here. Things sure are looking rosy.