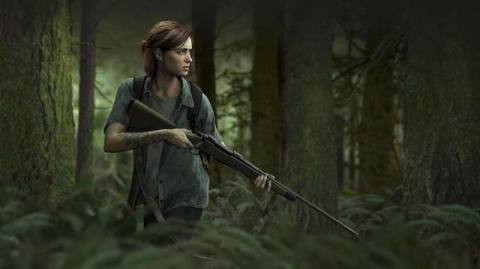 The Last of Us Part 2 looks set to dominate awards season and many end of year lists, having already sweeped this week’s Golden Joystick Awards including Ultimate Game of the Year. If you’ve yet to play this essential, albeit controversial and divisive, masterpiece then the good news is it’s down to its lowest price yet.

For Black Friday, Argos are selling The Last of Us Part 2 for £24.99. It’s without doubt one of the best looking games on PS4, though if you’re playing on PS5, it also has additional enhancements including use of the DualSense’s adaptive triggers, adding new haptics when pulling back the string of a bow, firing a gun or even when using a motorboat.

That’s not all, as Argos also has discounts for a whole raft of PS4 exclusives. Check it out:

Of course, if you have a PS5, it’s worth noting that some of the above are also available to download for free via the PS Plus Collection, and the list may yet be updated with more games in future. On the other hand, if you’re in need of a PS Plus subscription or renewal, then be sure to check out the best PS Plus Black Friday deals we’ve already found.

There’s likely to be plenty more PS4 discounts on the horizon too as we inch closer to Black Friday itself – perhaps even offers on PS4 consoles – so to keep up to date on the latest deals, make sure you bookmark our PS4 Black Friday deals page.