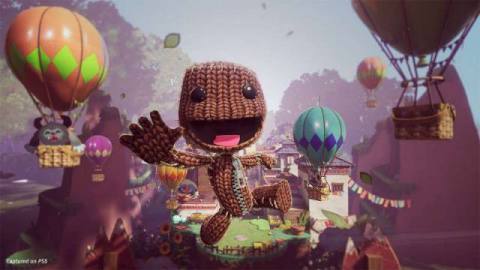 Sackboy has proven to be a character who’s pretty much up for whatever, including his starring role in the LittleBigPlanet series, a kart-riding spin-off, and even an appearance as a fighter in PlayStation All-Stars Battle Royale. In Sackboy: A Big adventure, the character brings his blank-slate appeal to a 3D platformer. Sure, he’s been jumping, punching, and throwing his way across hand-crafted worlds since his inception, but almost always with an eye toward tutorializing user-creation tools. Freed of those responsibilities, Sackboy – and players – can simply kick back and enjoy the action in another family-friendly showcase.

When we meet up with Sackboy, he and his friends are having a swell time over in his hometown, Loom. That peace doesn’t last. Vex, a jester-like villain, has plans to build a chaos-reaping machine, and he enslaves the citizens of Craftworld to build it. Sackboy flees to a rocketship and makes his escape. As far as platform-game setups go, it’s fine, but let’s be honest: I would have been just as happy to explore a jungle-themed world or a string of retro space-age levels even without Vex or the existential stakes. The fact that he’s a pretty fun guy to hate when he pops up throughout the adventure is just gravy.

Initially, I was concerned that my biggest obstacle would end up being Sackboy himself. Or, to be more specific, the peculiar way he gets around. As appealing as his design may be, his floaty jumps and overall movement in past games never clicked with me. Sumo Digital must have felt the same way, or at least realized that what worked in 2D gameplay wouldn’t necessarily be great in more expansive 3D levels. Sackboy has been tuned to be more responsive and precise, and controlling him is a joy. And it’s not just the simple movements. Throughout his trip, Sackboy gains temporary access to upgrades like hover boots, a boomerang, and a blaster. They’re all well implemented, and incorporating these new abilities in his suite of moves – which include rolling, punching, and grabbing – is intuitive and rewarding.

Sackboy travels across a fair bit of Craftworld in his pursuit of Vex, covering a lot of the types of places you’d expect to find in a platformer. You like undersea vistas? Idyllic outdoor countrysides? The classic themes are present, but they’re cleverly designed to upend expectations. Just about every level introduces a new gimmick like teleporters, rising (and swaying) tides, or gauntlets of spinning sponges that hurl you forward. I groaned when I first saw herding missions and motion-controlled platforms, but these clichés are less aggravating than I feared. In addition to having great platforming bones, levels are constructed in a variety of crafty bits familiar to LittleBigPlanet fans. They create functional and often breathtaking worlds to explore.

I wish I was as enthusiastic about the co-op. Up to four players can team up in couch co-op (Sumo says online co-op, including cross-gen support, is coming later this year), and Vex should incorporate this kind of chaos into his master plan. I’m all for sharing screen time with my friends and family, but I generally prefer platforming as a party of one. Sackboy: A Big Adventure didn’t change that preference. The screen doesn’t accommodate multiple characters at once, even with just two players, leading to an uncomfortable pulling sensation as I went to check out one corner of a level while my buddy tried to see another. And when you’re pulled together in battle, good luck distinguishing friend from foe – especially if you dress Sackboy up in some of the collectable outfits he can acquire. It can be fun to slap your partner or pick them up and toss them aside, but after a while I just wanted to make progress in peace. However, the side missions designed specifically with multiplayer in mind fare much better than the main levels. These require cooperation, such as having one player move and hold a platform into place so the others can progress, and they’re much more satisfying in co-op overall.

Sackboy: A Big Adventure is such a visually appealing title that it’s easy to ignore the audio, or to assume that it’s just an incidental part of the experience. That would be a huge mistake. The soundtrack is exceptional, with tunes that span the works of indie artists (several of which you may recognize from past LittleBigPlanet games) to some of the biggest names in music. When Sumo acquired some of those bigger songs, the team wasn’t content to loop them in the background; several levels are built around the music, where they don’t serve as accompaniment to the action but an equal partner of sorts. Platforms throb and enemies dance in time to the music, and I found myself syncopating my moves right along with it all. In a game filled with so many delightful moments, these were among the high points. As soon as a familiar baseline or beat kicked in at the start of a level, I eagerly looked forward to seeing how it would be worked into the level, and I was rarely disappointed. I’m dancing around the specifics here, because I really don’t want to rob anyone of the surprises in store. They’re that good.

I’ve always had a soft spot for Sackboy, and it’s great that the character has found a new home. As much as I’ve appreciated LittleBigPlanet’s tools in the past, I was always more interested in the playing part than creating or sharing. And with this release, I’m finally getting to take the loveable hero on a trip that plays as well as it looks. It doesn’t reinvent the genre, but Sackboy: A Big Adventure is a wonderful platformer that takes what’s come before, sprinkles in its trademark aesthetic, and shakes things up enough to feel fresh and exciting.

Sackboy: A Big Adventure is available on both PS5 and PS4, giving players on different platforms slightly different experiences. The visual upgrade on PS5 is hard to ignore, with Sumo Digital displaying a mastery of recreating materials. Subtle and impressive lighting effects add an additional layer of believably to physical objects such as fabric, metals, and other surfaces – and even the nearly invisible wisps of fuzz on Sackboy’s head. Even though the fidelity isn’t quite as sharp on PS4, a strong overall aesthetic direction makes it still look appealing on the aging hardware. DualSense implementation makes for another strong case to play on PS5 if at all possible. The controller’s haptics and adaptive triggers are put to great use, mimicking the sensation of walking on different surfaces and hoisting heavy objects. Regardless of what version you pick up, you’ll be setting off on a joyous and satisfying journey. But if you have a choice, the PS5 version is the clear winner here. 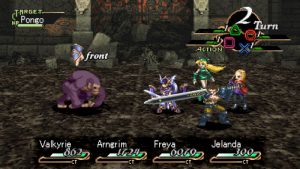