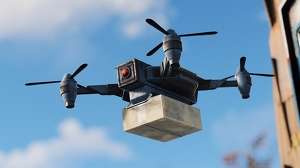 If you’ve ever dipped a toe into Rust, you’ll know the PvP can get rough mere seconds after you’ve spawned naked on a beach – so if you fancy a gentler introduction (or perhaps just a break from marauding zergs), the new Softcore Gamemode could be the thing for you.

Introduced yesterday as part of the February update, the Softcore mode provides a slightly more forgiving Rust experience. When a player is killed, instead of losing everything they will instead be able to recoup half their inventory – either at the spot of death, or at a reclaim terminal (at the Bandit Camp or Outpost monuments). You’ll have two hours to reach a terminal before those items despawn, but still – it’s far better than losing it all to someone with an AK. On top of this, players will also have the opportunity to spawn in the Bandit Town or Outpost safezones at any time (if they are not flagged as hostile).

Rust is also pretty infamous for its zerg clans – groups with dozens of players that can easily overwhelm solos or small groups – and Softcore helps discourage this by capping team sizes at four.