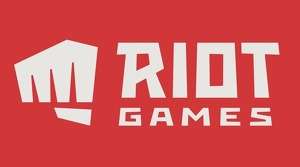 Riot Games has announced that following an investigation into allegations of misconduct by CEO Nicolo Laurent, no evidence to support the claims has been found – and Laurent will not face sanctions.

The investigation was commissioned by Riot in response to a lawsuit by former Riot executive assistant Sharon O’Donnell, filed in January, which accused Laurent of sexual harassment, gender discrimination and wrongful termination. Outside law firm Seyfarth Shaw LLP carried out the investigation, then gave its results to the Special Committee of Riot’s Board of Directors (a committee of directors created in 2018 to “oversee the company’s progress in diversity and inclusion” following a Kotaku exposé on widespread sexism at the company). The Special Committee reviewed the results of the investigation, and concluded that there was no evidence to support the claims.

“Since 2018, when we revamped our internal investigation process, we’ve used a rigorous, outside investigation process to ensure that any allegations against our senior leaders are investigated thoroughly and without bias – and that those investigations involving our senior-most executives are overseen by a Special Committee of Riot’s Board of Directors,” Riot Games said in a statement. “Following the recent allegations of misconduct raised against Riot and our CEO, we were fully prepared to do so again.