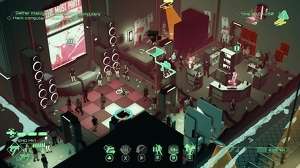 Originally released back in 2018, All Walls Must Fall’s rhythmic time-meddling action is gleefully high concept, unfolding in the Berlin of 2089, where the Cold War never ended.

Here, agents on both sides are caught in a never-ending temporal loop, hopping around the timeline to thwart each other’s next move. That translates to a supremely stylish tactical adventure that, for no obvious reason beyond the fact it looks incredibly cool, sets each mission to the pounding techno beats and pulsating lights of a labyrinthine Berlin nightclub.