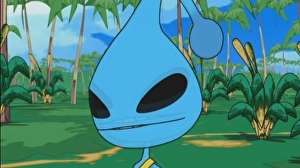 There’s a new Hitman game out and, naturally, a retro gamer’s mind turns to thoughts of previous sneaky stealth experiences. Metal Gear Solid, perhaps, the game that made hiding in cardboard boxes an acceptable activity for tactical espionage agents? Thief, the immersive olden days creep-and-cram burglary sim in which environmental awareness was as important as speedy reactions? Maybe even Spy vs Spy, that old school multiplayer game in which you laid traps to ensnare your rival?

All are valid milestones along the road of stealth gaming but, for me, whenever I think of pioneering sneak-em-ups – especially in the context of Hitman – my mind immediately turns to one that everybody else seems to have forgotten: Capcom’s 2004 PS2 curio Under the Skin.

Some of you may have glanced at the screenshots on this very page and are already questioning how this primary-coloured cartoon game is in any way relevant to Hitman, and that’s a fair question. All I can ask is that you bear with me.