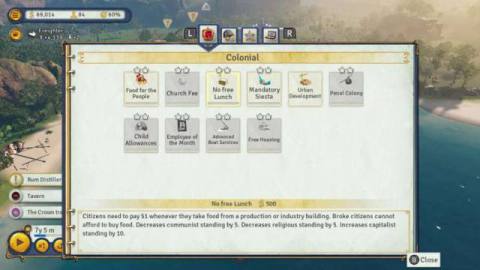 You’d be forgiven for thinking that a city builder/sim game such as Tropico 6 might be a poor fit for the Switch. A huge number of systems at play, an archipelago’s worth of individually tracked citizens… it’s something of a recipe for compromise. And, sure enough, there are compromises here – but far fewer than you may expect, and not to the game’s real detriment.

What we have here are the tools to craft a banana republic of your very own. The main attraction being the extensive sandbox mode, which offers you everything you could need to start exploiting your innocent citizens. It’s immediately quite daunting an experience, with menus nested within menus. Thankfully, it’s easy to navigate these sensible and cleverly-crafted lists, thanks to a UI that avoids the Switch’s usual problem of being weensy, with readable text and generally useful, clearly-written text. In fact, it’s impressive that even on handheld, it’s pretty much effortless to get a game going. So much of it is intuitive that you could probably get your head around it even without the tutorial, but we’re glad it’s there nonetheless. 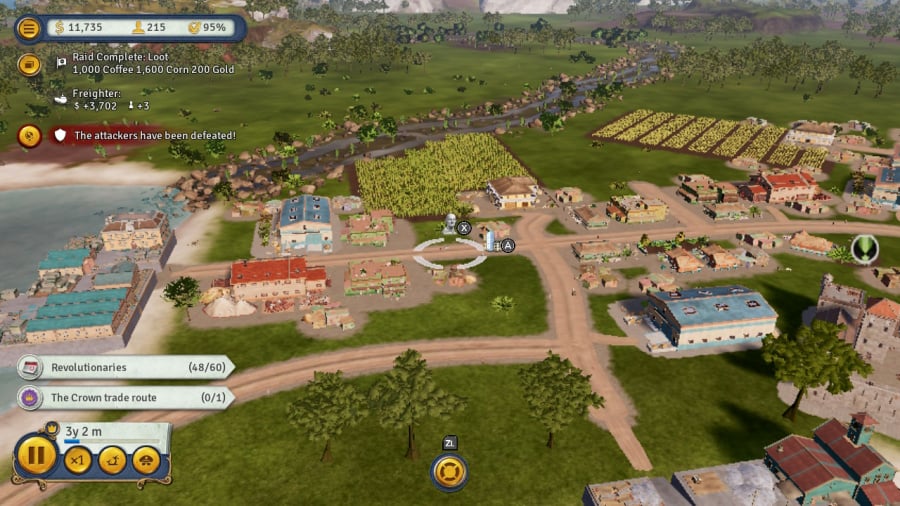 We personally found the easiest way to learn Tropico 6 was to simply play the thing. El Presidente (that’s you) is bombarded with requests from various factions (such as, initially, The Crown, a not-entirely-flattering but also not-entirely-inaccurate take on Britain), which serve as useful direction in a game that can paralyse with its freedom. Both the sandbox and additional scenarios have this feature, which sees a novice player given the light and effective shepherding that they’ll need to get to grips with the many, many systems.

The direction offered by said scenarios is also welcome, as in forcing you to work around limitations, you’ll come to understand how to apply those skills to the main game. With multiple resources to manage and export, citizens to appease, pirates to fight off and – most importantly – money to make, this piecemeal approach to Tropico 6 is a very welcome way to learn the ropes and makes this game feel a lot less intimidating than it could have.

It helps that this port is solid. As mentioned, the menus and UI are perfectly tailored for both docked and handheld modes; you’ll never have trouble finding or accessing the command you want, even when the game is absolutely swimming in variables. Graphics and performance aren’t great, sadly; both docked and handheld seem to struggle to reach 30fps when the view is even moderately zoomed out, and it’s all a little fuzzy and low-res. Understandable in a sense, as this is an ambitious port, but still a touch disappointing. On top of the framerate issue, there are also occasional hitches, and the initial load is remarkably long. Once you’re in the game, though, you’re in. Also, given the type of game it is, you’re never really required to make any reflex-based decisions, and the clock can be sped up or stopped at will. 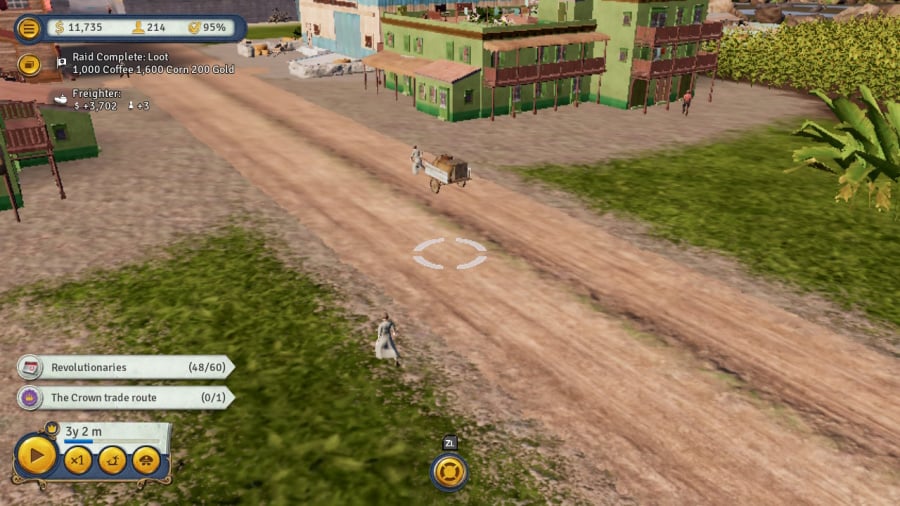 Oddly, though, even when sped up to maximum (4x speed), it feels like everything takes a little too long. There will be times where you’re basically just waiting for things to happen, though you can speed up construction using quick build. But you’ve got to wait for that, for trade routes to complete, for your own pirate raids to complete… it’s a lot of passive stuff. But that’s the genre, really. Once things start coming together, there’s an enormous amount to keep track of. You’ll find yourself wondering why you’re haemorrhaging funds, why supply chains are stalling, or why you’re unable to defend yourself against pirate attacks.

Once you progress past the initial Colonial Era, you achieve (or outright buy) independence and truly take control of your nation, you’ll be able to play through further Eras including the Axis/Allies struggle, the Cold War and, finally Modern Times. Each Era adds more nuance and challenge to the experience, adding more Superpowers such as Russia, The Middle East and even the United States to tangle with. It’s a smart way of changing things up as you progress, and the relative drip-feed of new mechanics and additional complexity means you won’t be completely overwhelmed by the transition.

Careful and clever play allows you to build and build into a Superpower of your own, enacting various different Edicts upon your populace to focus on problem areas of industry, as well as upgrade your buildings and workforces for more efficiency and better production. It’s always clear what you need to do, if not how you do it; thankfully, your current objectives are always available, and a useful Almanac feature lets you see the important stats at a glance. 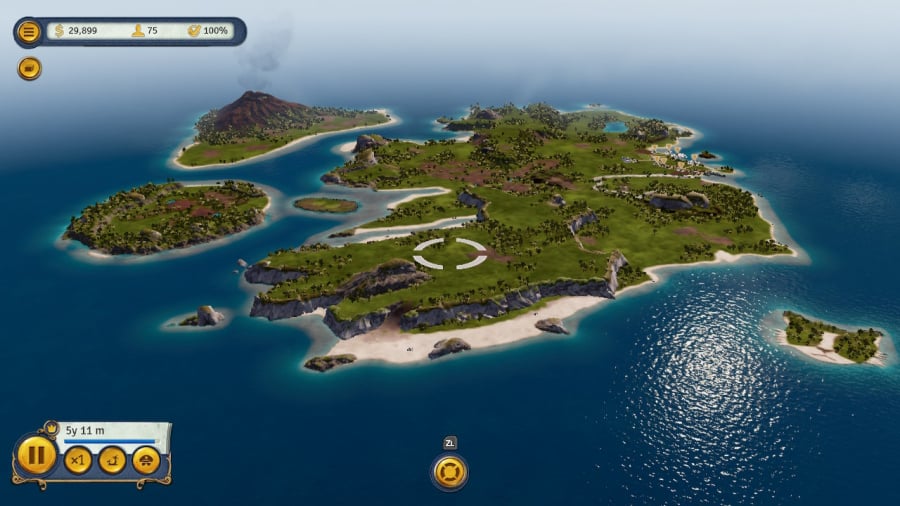 The game has also launched with paid DLC available, but we wonder if it’s not a little ungenerous not to have included it in the base price of £44.99? That’s not to say there isn’t enough content in the package – there’s heaps – but at the time of this review the game (with all DLC) is available on PC for less than half that price. Yes, yes, “Switch tax”, but this is a 20-month-old game, and that asking price feels a bit much considering the additional ask for the three DLC packs.

It’s the game’s commitment to accessibility that makes Tropico 6 a refreshing example of an under-served genre on the Switch. Despite some irksome performance problems, occasionally inconsistent pacing and some rather rough visuals, the game is a lot of addictive fun to play and its cheerful ambience and compelling systems will keep you glued to your handheld. Paid DLC adds even more systems to the game, but there’s plenty here to keep you occupied for hours and hours. We’d recommend this to genre newbies as well as veterans; a very impressive port with strong controls and a UI tailored brilliantly for handheld mode. It’s a busy, demanding game but never feels stressful, and juggling your industry, faction relationships and the mood of your citizens can be thoroughly absorbing. If you can forgive the technical issues and an occasionally slack pace, Tropico 6 is an easy recommendation.