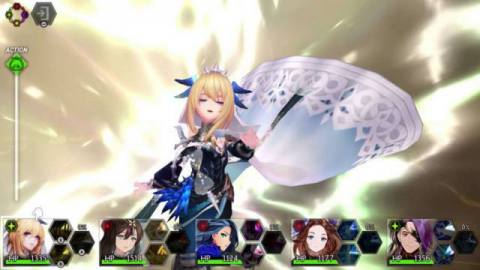 Mobile games are very different beasts to console games. That’s why when successful properties like Granblue Fantasy and Azur Lane get standalone adaptations to home computers and consoles, they tend to unfold very differently to their pocket-sized counterparts. Console players demand more depth and don’t like microtransactions very much, so we end up with brand new experiences like Granblue Fantasy Versus’ blend of RPG and fighting game mechanics, and Azur Lane: Crosswave expanding its source material’s short-form shoot ‘em up encounters into large-scale 3D battles.

Unfortunately, Korean developer NetMarble doesn’t seem to have been taking notes from these previous success stories, as Seven Knights: Time Wanderer, a Nintendo Switch spin-off of the company’s popular Seven Knights game for iOS and Android devices, feels very much like a mobile game. On a platform like the Switch, which is already full to bursting with a wide variety of absolutely cracking RPG experiences, that really doesn’t cut the mustard. And, as such, it’s hard to understand who this game is really for. 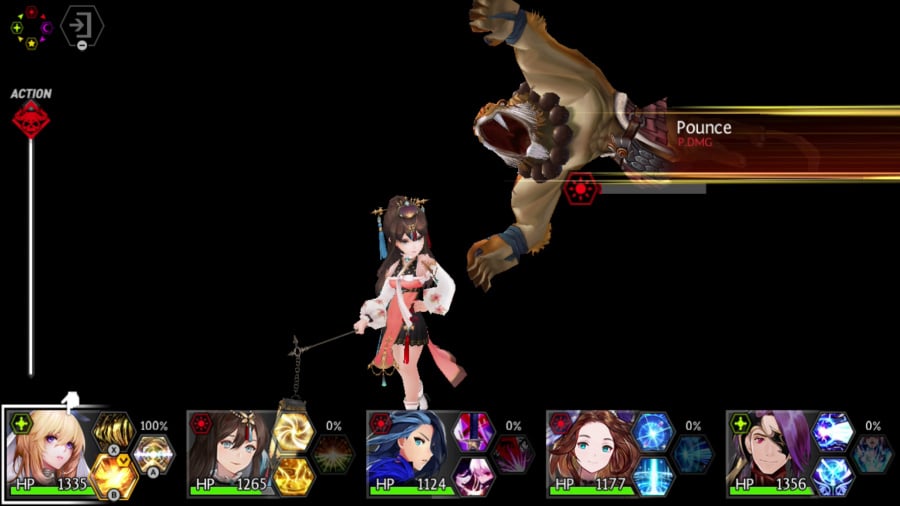 In Seven Knights: Time Wanderer, you take on the role of Vanessa, a young girl who went poking around in her family’s treasure chamber only to find herself sucked into The Abyss, a void beyond time and space. As part of this process, she mysteriously found herself turning into a fully-grown adult who looks like she was drawn by a completely different artist, and in the company of a talking hourglass known as Sandy. It’s up to you to guide her through the Abyss and beyond in an attempt to recover the Time Crystals Sandy needs to rebuild his body and ultimately send Vanessa back to where she came from.

While the introductory animation is very pretty – featuring some sumptuous artwork in a hand-painted style – once you’re into the game proper, Seven Knights’ mobile roots become immediately apparent. You’re presented with a combination of ugly 3D models (with some of the worst jagged edges seen in gaming for a very long time), and some nice but rather static 2D bust shots for dialogue sequences. While incongruity between hand-drawn dialogue sprites and 3D models in RPGs is not particularly uncommon, it’s particularly jarring here due to the large disparity in quality between the two. 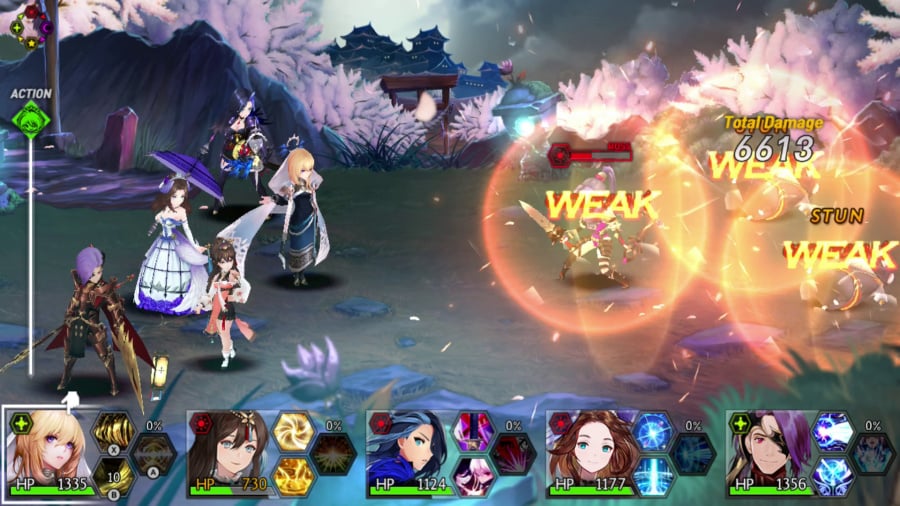 It doesn’t stop there, though. Exploring the game does not involve wandering around vast, well-realised and interesting worlds, meeting exciting characters and discovering secrets. Instead, it involves moving around a board game-style map overlaid on a blurry 2D image representing the area you’re in, occasionally stumbling across symbols representing treasure or monsters (the latter of which don’t appear for the first time until you’re a square away), and always heading for the big flashing “NEXT” icon that indicates the subsequent story beat. As you progress through the game, the maps do become a little more open, with alternative routes to wander down and perhaps discover some sidequests or hidden treasures, but there’s no thrilling sense of discovery here; it’s just a tedious sense of going through the motions, particularly when in some areas you get thrown into battle every other step, and when all the side routes except the “correct” one are inevitably dead ends.

The battles themselves at least stand out a bit with an interesting combination of real-time and turn-based action. On your turn, you’re able to pick any of the heroes in your party and select one of their skills to make use of — though you have to do so before a rapidly moving time gauge fills, otherwise you waste that turn. After use, the skill has a real-time cooldown (which doesn’t pause during animations) before it can be used again. Skills also have one of four elements and, as you might expect from a game like this, there’s a strong emphasis on exploiting enemy weaknesses for maximum efficiency in battle. 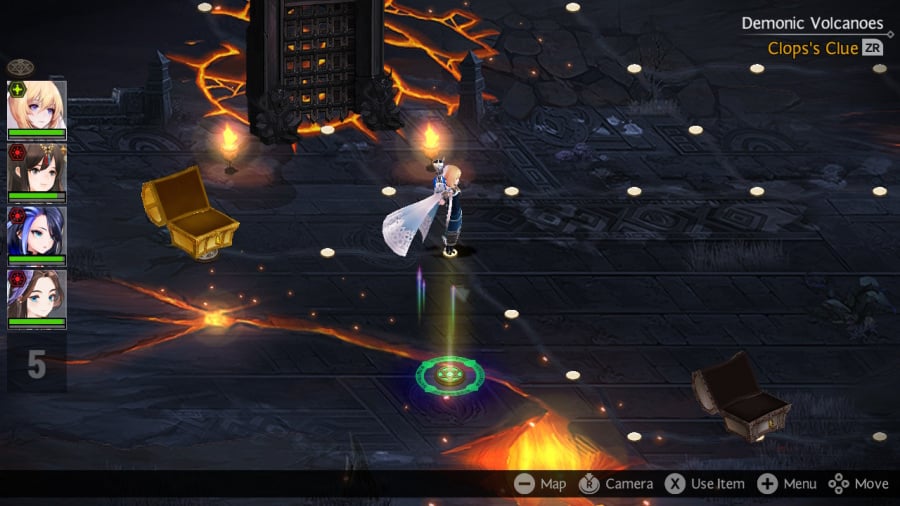 The idea is sound, but the execution is highly questionable. Each character only gets two main skills plus one “Strike” skill that gradually charges each time they use one of their other abilities, meaning combat quickly becomes repetitive and dull, especially if you only have one or two characters of a particular element. And the “time gauge” element is simply ludicrous; it takes maybe two or three seconds to fill, which is not enough to make solid tactical decisions. Granted, you can queue up your next skill use while the enemy is taking their turn, but you’ll frequently be in situations where you don’t know if you want to attack or heal until you’ve seen what impact the enemy’s turn had on you. The intention is clearly to provide a frantic “action” feel, but it’s simply not fun.

All this would perhaps be forgivable if at least the story was interesting, but Seven Knights: Time Wanderer fails to deliver on that front, too. While the game features a separate narrative from its mobile cousin, it frequently feels like familiarity with the source material would give you a better idea of who these characters are and what relevance the settings you find yourself in might have. Dialogue rushes through character introductions, leaving you puzzled as to why you’re doing the things you’re doing with the people you’re doing them with — and more importantly, leaving the characters themselves feeling extremely flat and uninteresting. 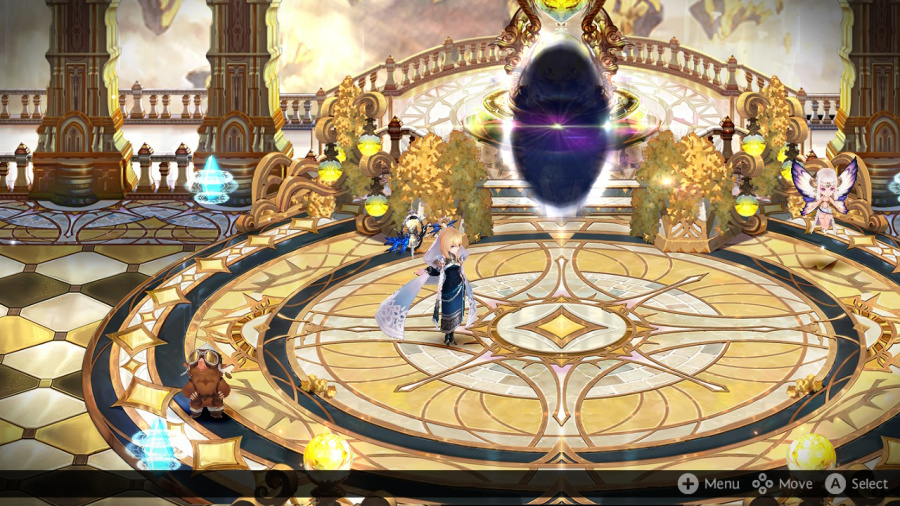 This is mitigated a little by the “Ego Stone” system that unlocks after the game’s first main area, which allows you to enjoy short one-on-one dialogue sequences with major party members in exchange for hidden “Arcana Card” treasures, but even these feel rather throwaway, often bringing in new characters with absolutely no context for a single scene, after which you’ll never see them again.

Everything about Seven Knights: Time Wanderer feels half-baked and hastily thrown together, and the result is a game that is simply a chore to play. Exploration is dull, combat is repetitive and tedious, and the narrative seemingly makes no effort to engage players or make them care about the characters they meet. While longstanding fans of the mobile game might appreciate some of the obvious series fanservice along the way, if NetMarble was hoping to create a few brand new Seven Knights enthusiasts with this game, they’ve gone about it in completely the wrong way.

Uninspiring, uninteresting and utterly unremarkable, Seven Knights: Time Wanderer is an extraordinarily tedious game that it’s hard to recommend to anyone but the most die-hard fans of its mobile counterpart — particularly given how many other top-quality RPGs the Switch plays host to. Even if you’re an ardent follower of the franchise, we’d argue your money is much better spent elsewhere.