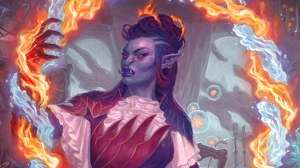 Strixhaven, the brand new Harry Potter-ish card expansion for Magic: The Gathering, is nearly here, and we’ve been given a small collection of cards to reveal.

Strixhaven launches in Magic: The Gathering – Arena and Magic Online on 15th April, and then a week later in shops, in those nice shiny foil packets, from 23rd April.

It’s Harry Potter-ish because Strixhaven is a school for mages, which is also broken into various inner-houses, or colleges in this case. Each is themed around the long-running colours of Magic.