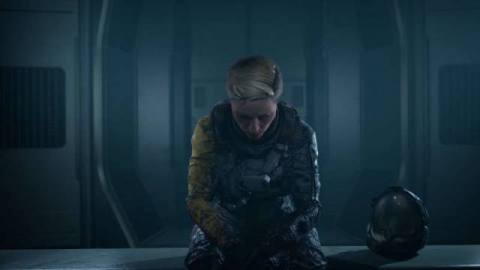 Returnal, Housemarque’s time-looping third-person roguelike, needs a bit more time to come together. The developer announced this morning that the game will now launch April 30. Returnal was originally scheduled to arrive March 19.

PlayStation UK tweeted the news, explaining the delay is simply an issue of allowing more time to polish Returnal.

SIE and Housemarque have made the decision to move the release date in order to give the team extra time to continue to polish the game to the level of quality players expect from Housemarque. See you in April! pic.twitter.com/KaE0hL8S4E

Taking time to ensure a game performs well at launch is always welcomed news, especially given Returnal is among the first PlayStation 5 exclusive titles. There are a lot of PS5 owners eager for more experiences that take full advantage of the hardware, so there’s probably a bit of added pressure in making sure the game is up to snuff.

Returnal centers on an astronaut named Selene, who crashes on a hostile alien planet. She also discovers that she’s now trapped in a Groundhog Day-style time loop; every time she dies, she reawakens at the moment of the crash and relives events anew. Unlike Housemarque’s previous arcade-style offerings like Resogun and Nex Machina, Returnal is a blockbuster third-person action game with roguelike progression. Each loop resets players’ weapons and inventory, forcing them to experiment with new combinations of builds each run. Players must survive long enough to uncover the planet’s mysteries, break the time loop, and, hopefully, escape. For a deep-dive into the game’s weapons, combat, and structure, check out this handy article.

We’re looking forward to Returnal (Andrew Reiner especially), so while we won’t get to play it as soon as we hoped, we’re always down for making a game better if it needs the TLC. And if nothing else, the delay allows more time to clear out our backlogs beforehand. While we’re on the subject of delays, Returnal is far from alone. In January alone, The Lord of the Rings – Gollum, Outriders, Hogwarts Legacy, Riders Republic, and even 2022’s Pragmata have also been pushed back.