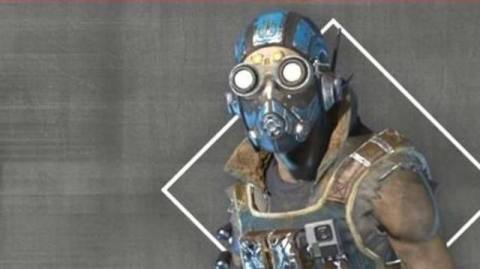 Respawn has lifted the lid on which are our favourite characters in its battle royale, Apex Legends, and while the top spot is unlikely to shock you, I can’t pretend I wasn’t surprised by some of the other entries on the list.

Earlier this week, Respawn asked players to select which Legends boasted the highest pick rate, and rank them from 1-5. Though it promised to respond “in 1 hour” it actually took a full day for the team to return to Twitter, where it confirmed that – yep, you guessed it – Wraith continues to be the game’s most popular character.

The correct order is:

Bloodhound clocked in at second place – which is pretty good given they’re not a character that has a particularly impressive win rate – with newbie Horizon taking the bronze (thanks DBLTAP).

Lifeline comes in in fifth, but it’s fourth place that surprises me – Octane. Yes, the same Octane that offers very little in terms of team support besides a jump pad and the ability to run ahead of you and steal all the best loot, leaving nothing for the rest of the fireteam.

In related news, while Season 7’s new map, legend and vehicles have gone down well with players, slow progression in the latest battle pass caused some players to complain about grind – angering much of the community and forcing an emergency change from Respawn.

Director Chad Grenier recently acknowledged that the team was “slower” at releasing new content such as time-limited modes because the studio “refuse[s] to crunch the team”.

“We refuse to crunch the team, so we’ll probably be slower at making content than if we worked 15 hour days but that’s just not something we’re willing to do,” Grenier recently said. “We have nearly doubled our team size since launch to accommodate the content demands, so we’re really trying to bring you quality content at a healthy pace.”