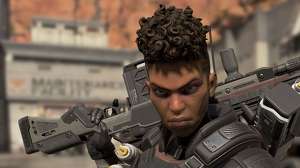 When Chaos Theory was rolled out, the team made changes to the particle FX count for Legends that obscure the battlefield with smoke, making it easier for players to see through – and, perhaps more importantly, shoot – their enemies.

It’s a big issue for Bangalore, Caustic, and Gibraltar in particular, as these characters rely on the cover of smoke to support their teammates.